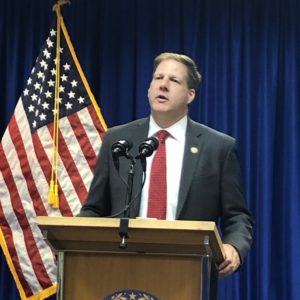 Posted to Politics March 04, 2021 by NHJOpinion
During a press conference on Thursday, Gov. Chris Sununu used maddening half truths while beating his fear drum in an effort to justify almost a year of his unilateral control of the state.

Speaking about the legislature’s resolution to end the state of emergency, Sununu said, “That would be a terrible thing to do, given that we would lose all ability to apply for FEMA funding, all ability to get funding for our national guard. I mean the domino effect of negative repercussions there is huge and would ultimately cost the state hundreds and hundreds of millions of dollars.”

According to my research and discussions with lawmakers in other states involved with stimulus funds, the governor doesn’t seem to be telling the whole truth. Money from the CARES Act has already been received by New Hampshire. The 2021 stimulus bill, known as the Consolidated Appropriations Act, doesn’t require states to be in a state of emergency to receive funding. The Stafford Act, which governs FEMA resources, specifically indicates in section 501(b) that states can receive funding if the president declares a federal state of emergency, which he has.

The only program that could be affected by the legislature ending New Hampshire’s state of emergency is the food stamp program. The Families First Coronavirus Response Act gives state food stamp programs more money to bring everyone who qualifies for food stamps up to the maximum benefit regardless of income level. Benefits would return to normal if we end the state of emergency. Does that sound like “hundreds and hundreds of millions of dollars” to you?

The ultimate question lawmakers in the N.H. House and Senate need to ask is, “What is the price of freedom?” How much money from federal taxpayers is worth giving up our Constitutional Republic and ceding power to one man for a year or longer? Ultimately, federal stimulus grants are the federal government’s way of bailing out state governors who made arbitrary, unscientific, and unconstitutional orders that have had a negative impact on the public.

Next, Gov. Sununu said emergency orders “are important because, in a crisis moment, the chief executive needs to have complete flexibility in terms of how to administer everything.” While this is a partially true statement, there is nothing preventing the governor under current law from declaring a state of emergency and taking swift action to address any emergency, and none of the bills working their way through the legislature would change that. With the bills currently in front of the legislature, lawmakers are simply trying to add oversight so that the governor cannot violate the Constitution or create or suspend laws. The legislature is the constitutional body set up to create state laws, not the governor.

Even in a state of emergency, the governor does not have the constitutional authority to unilaterally create state policy and act in whatever way he thinks is necessary. While he may act under the current law to make changes to the way his executive bureaucracy is doing things, he cannot suspend or create new state policy. There is no constitutional basis for it, and there shouldn’t be. We elect 424 lawmakers to make state policy on behalf of the people so that it can be debated, vetted and enacted only if it passes constitutional muster. When one man decides what the law is, there is no check on absolute power. It’s time to restore the Republic so the governor can be checked by the necessary oversight of the Legislature, just like the Constitution requires. 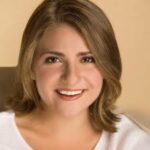 Melissa Blasek is executive director of RebuildNH, which is also known as ReopenNH, a grassroots group devoted to restoring the rule of law and rebuilding the economy.