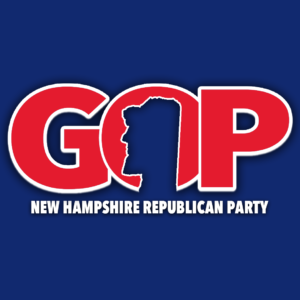 BIUNDO: What’s Next for the GOP?

Let’s face it; we are living in a divided country, the voters are fickle, and their support is loaned, not owned.

As an operative, general elections have always been a contest for the hearts and minds of the “savables.” You see, both Republicans and Democrats have their “saints.” They are the people who will vote for them no matter what. They also have their own set of “sinners,” those who wouldn’t vote for them even if the election had only one contestant. That leaves both sides fighting for the more significant share of the smaller pot, the “savables.”

These savable voters are the least partisan and the most likely to flip their support from election to election. These are the voters to whom the GOP should start proving themselves on Day One of the new Congress. Despite not getting the “Red Wave” so many predicted/promised – the Grand Old Party was entrusted with control of the United States House of Representatives. With that trust comes responsibility, the power of the purse strings, the ability to set the rules, and the agenda of the 118th Congress. Failing to deliver and falling out of favor with those voters will cost them at the ballot box in 2024.

While voters have different reasons for loaning their votes to a party, as a whole, they are sick of empty campaign promises and slogans. They are tired of the empty campaign-only rhetoric. They are not impressed with how many Fox News hits a congressman achieves- these voters want results. Or, at the very least, they want to know that their representatives truly attempted for results.

Congressional candidates, now congressmen and congresswomen-elect, told everyone within the sound of their voices that the economy, energy prices, and the kitchen table issues were the most critical problems facing our country – and they were right.

If history tells us anything, the GOP risks getting sidetracked by shiny objects. It runs the risk of trading the momentary fix of social media fame for actual, long-lasting results. Don’t get me wrong: we can and should investigate Hunter Biden. We can and should get to the bottom of Fauci’s failures. We need to remember and excite our base.

If, however, we leave the swing voters with the opinion that those efforts distracted us from fighting to improve their lives, we may as well not even show up on November 5, 2024.

Politics should be about people. The Tea Party movement leading up to the 2010 elections saw peaceful protests in over 750 cities nationwide in April 2009. That movement saw 63 additional Republicans swept into office in the 2010 elections. It magnified its impact because it was a people-driven movement. America First as a slogan resonated so well because Americans want to be put first, and the policies outlined did just that.

My advice to all those elected and controlling the agenda of the people’s House- go back to your “Commitment to America,” analyze your promises on the stump, and come up with a shared vision and goal of some concise wins you can put on the board for the American people. In doing that, we can turn this country around. We have a chance to have a real “Red Wave” in 2024.