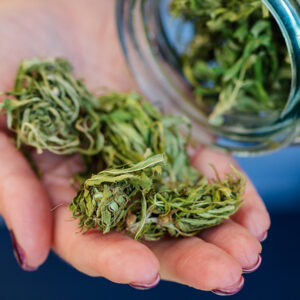 Bipartisan Coalition Pushes House Plan for Legal Weed, But Senate Not Fired Up

A broad coalition of state representatives, cannabis activists, and public policy organizations announced its support for a bill to legalize marijuana in the Granite State unveiled on Monday. However, key state senators tell NHJournal they still are not on board.

The “Adult Use Cannabis” bill would allow people age 21 and older to “possess and give away up to four ounces of cannabis” and to grow up to six plants at home. It would also punish public pot smoking with a $50 fine.

The bill, which is backed by the New Hampshire ACLU, would also “automatically annul records for past cannabis possession offenses.” In other words, a clean slate.

Under the proposal, the 8.5 percent meals and rooms tax would apply to recreational pot sales, and 70 percent of the net revenue would be earmarked for the state’s unfunded pension liabilities. New Hampshire has only funded about 65 percent of its state pension liability, with $5.7 billion currently unfunded.

In addition to the progressives at the ACLU, the bill has the backing of the libertarian-leaning Americans for Prosperity-New Hampshire, the New Hampshire Cannabis Association, and the Marijuana Policy Project. New Hampshire is the only New England state without some form of legalized recreational pot.

“I see ‘Live Free or Die’ on every license plate for all 15 years that I’ve been working on this issue, and like a lot of other people I’m still waiting for the state legislature to deliver on that promise when it comes to cannabis,” Matt Simon, director of public and government relations at Prime Alternative Treatment Centers of NH, told WMUR last summer.

Simon supports the current legislation, as do the top House members from both parties.

House Minority Leader Rep. Matt Wilhelm (D-Manchester) said, “It is long past time that New Hampshire stops wasting scarce tax dollars and valuable local and state policing resources by continuing a restriction that has failed for decades and needlessly ruined the lives of many young and poor Granite Staters. Legalization of adult possession of small amounts of cannabis is the right thing to do for New Hampshire and we must get it done in 2023.”

Rep. Jason Osborne (R-Auburn), the House Majority Leader, said he hoped the bill can make it through the Senate.

“This proposal to legalize cannabis for adults in New Hampshire brings together diverse nonpartisan perspectives,” Osborne said. “The House has long stood united in finding a pathway to getting this done for Granite Staters. With any luck, the Senate will come around to supporting the will of the vast majority of New Hampshire citizens.”

“I won’t support it,” she told NHJournal.

Asked if she believes support for legalizing pot has softened as more people see the consequences, Birdsell said events are having an impact.

“I don’t know if the mood has changed, but the effects of [widespread legalization] are finally coming out.” She noted the case of New Hampshire State Police Staff Sgt. Jesse Sherrill, struck and killed by a trucker with THC in his blood.

“I will fight this tooth and nail,” Birdsell added.

And even if it does, Gov. Chris Sununu has been less than enthusiastic about pot legalization. During his re-election bid earlier this year, Sununu frequently put the pot issue in the context of the growing fentanyl problem and the state’s ongoing struggle to deal with opioid addiction and deaths.

Asked about Monday’s proposal, a spokesperson for Sununu released a statement.

“Gov. Sununu has done more on the issues surrounding marijuana reform than any other governor in New Hampshire history. After years of inaction by Democrat governors, Chris Sununu signed commonsense decriminalization so no one would be jailed for simple possession of minor amounts of marijuana, expanded access to medical marijuana, and provided a pathway to annul old convictions for marijuana possession.

“It’s important to remember that the legislature has never sent a legalization bill to the governor’s desk — it’s failed in the Senate repeatedly, in both Republican-held years and Democrat-held years. Should they reach consensus and compromise, the governor would review any such legislation and determine whether it’s in the best interests of New Hampshire’s citizens.”

“Our coalition has taken lessons learned from surrounding states and created the best model for taxed, regulated, and legal retail cannabis that protects consumers and minors while out-competing our neighbors,” said AFP-NH Deputy State Director Ross Connolly. “All Granite Staters will benefit from the passage of this legislation. This legislature has an incredible opportunity to find common ground across party lines and support the will of Granite Staters.”