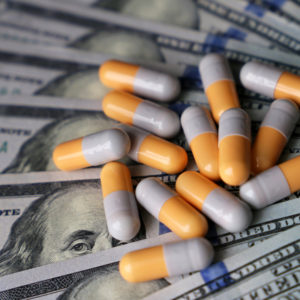 Bipartisan Amendment Would Use ‘Ebay-Style’ Competition to Lower Drug Costs

A bipartisan group of New Hampshire state senators wants to apply a New Jersey model for price competition to lower pharmaceutical costs for both taxpayers and consumers. Their “reverse auction” approach would, they argue, use market forces to save millions.

The state Senate Commerce Committee is considering SB 686, which would require pharmacy benefit managers (PBMs) to pass rebates paid by manufacturers on to the consumer or health benefit plan. PBMs are involved in hundreds of millions of dollars of state healthcare spending each year.

State Sens. Senators Cindy Rosenwald (D-Nashua) and Bob Giuda (R-Warren) have introduced an amendment to SB 686 that could dramatically increase the potential savings to patients and taxpayers by establishing a dynamically competitive marketplace for those (PBMs) seeking to do business with the state.

“PBMs play a key, though often unknown, role as middlemen in the drug pricing process,” Mark Blum told NHJournal. Blum is Executive Director of America’s Agenda, a non-profit healthcare coalition and advocacy group that assisted in developing New Jersey’s PBM program. “We saw literally billions of dollars in prescription drug savings to taxpayers in New Jersey as a result of the PBM reverse auction on which the amendment to SB 686 is modeled, and I’m confident New Hampshire will see a similar or even more impressive rate of savings.

“This language included in the amendment creates a competitive, online marketplace — think eBay for PBMs — that will lower prescription drug prices significantly for New Hampshire patients and taxpayers.”

The reverse auction approach is commonly used around the world in the public sector procurement process. for example, this approach has been credited with cutting the costs of wind and solar power in Australia by as much as 58 percent.

Based on the pool of 45,000 potentially covered people, it is estimated that the state could save at least 12 percent on its prescription drug costs using this approach. According to New Jersey Senate President Steve Sweeney, his state will save more than $2.5 billion through its program.

“The innovation to prescription drug purchasing we adopted features an online auction, powered by a cutting-edge, ‘big data’ analytics technology platform, to create a dynamic, truly competitive marketplace in which PBMs bid and counter-bid against one another to win the State’s business,” Sweeney told legislators in Concord.

Advocates for PBMs, like their trade group the Pharmaceutical Care Management Association (PCMA), argue that PBMs are already saving states money by negotiating lower prices, and that they’re being unfairly targeted in the fight over rising drug costs.

“Drugmakers alone have the power to set prices, and, contrary to the narrative promoted by some, their pricing strategies are unrelated to the rebates they negotiate with pharmacy benefit managers,” PCMA President JC Scott said last year. “In fact, nearly 40 percent of branded pharmaceuticals are not rebated, yet prices on those drugs also continue to increase.”

However, supporters of greater accountability disagree. An investigation by the state of Ohio found that PBMs overcharged Medicaid by more than $223 million. A separate report in Michigan found that the state paid in excess of $64 million over two years.

“We commend members of the Senate Commerce Committee, particularly the bipartisan leadership of Senators Rosenwald and Guida, for taking critical steps to reducing the cost of prescription drugs for New Hampshire state employees and for opening the opportunity for municipalities, school districts, and others to share in these savings,” the organization said in a statement.


“Granite Staters should pay no more than is absolutely necessary for their medications. The Commerce Committee’s work brings us closer to this goal.”

The Commerce Committee is scheduled to consider the amendment on Tuesday, January 28.