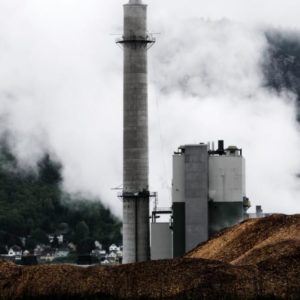 Biomass Emits More Carbon Than Coal. So Why Do N.H. Dems Love It?

Across America, green activists are pushing back against biomass, declaring trees are the new black. Coal black.

But in New Hampshire, self-described “green” legislators are trying to override a veto by Gov. Chris Sununu and keep subsidies flowing to that same carbon-emitting technology. Why?

“BURNED: Are Trees the New Coal?” is a film being promoted by the Dogwood Alliance, an environmental activist group waging war on the forestry and timber industries with the message “The U.S. must cut emissions, not forests.”

“The rate and scale of logging in the Southeastern U.S. alone is approximately four times that of South American rainforests,” Danna Smith, executive director of the Dogwood Alliance, wrote in a recent op-ed. “The large-scale industrial logging of forests in the U.S. poses one of the largest threats to climate progress.”

“Burning biomass emits more CO2 than fossil fuels per megawatt energy generated,” according to Dr. Mary S. Booth, Ph.D., director of the Partnership For Policy Integrity. The following data is posted at their website:

1. Wood inherently emits more carbon per Btu than other fuels

2.  Wood is often wet and dirty, which degrades heating value. Typical moisture content of wood is 45 – 50%, which means its btu content per pound is about half that of bone dry wood. Before “useful” energy can be derived from burning wood, some of the wood’s btu’s are required to evaporate all that water.

According to Mike Ewall, Executive Director of the Energy Justice Network, the facts on the ground are even worse. “Biomass is as bad as coal for the environment,” he says. “And it’s polluting the air for the citizens and the biomass workers themselves in New Hampshire.”

Ewall’s organization, along with the PFPI, the Sierra Club of New Hampshire and other environmental groups released a letter on Tuesday asking legislators to sustain Sununu’s veto, calling the bill “harmful to our health, our environment, our wallets, and our climate.”  So, why are Democrats working so hard to override it?

This week, the Democratic-controlled legislature will try to override Sununu’s veto of a bill forcing New Hampshire ratepayers to subsidize the state’s biomass industry.

State Rep. Bob Backus (D-Manchester), the self-described “environmentalist” who chairs the House Science, Technology, and Energy Committee is pushing his fellow Democrats to override that veto, keep the wood burning and the greenhouse gases flying.

“The biomass industry provides jobs in New Hampshire, supports millions of dollars in related industries, and helps keep electric bills low by supplying local energy,” Backus said in a statement. And it appears he will get his wish. Virtually every Democratic House member is expected to vote for biomass subsidies.

Rep. Backus’s assertion that biomass “keeps electric bills low” is unsupported by data. In fact, even its most ardent supporters acknowledge that it’s more expensive than the electrical power it’s replacing. At current rates, the increased costs will be about $22 million, according to estimates from the New England Ratepayers Association.

If biomass emits more carbon and costs ratepayers more money, why are Democrats working so hard to subsidize it?  For Democrats who represent districts where these six biomass facilities provide local jobs, voting for an override makes sense. But what’s in it for the rest? Pure, partisan loyalty?

Next year there will be primary elections in these legislative districts. What will happen when these pro-biomass members have to face progressive primary challengers running on environmental issues? How will they defend their anti-environment, pro-rate-hike votes then?

That’s something these legislators might want to think about before they cast their override vote.