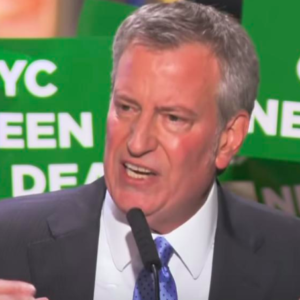 If you’ve been thinking “What this 2020 Democratic POTUS race needs is another anti-Trump, pro-Green New Deal northeastern progressive who’s also a Red Sox fan” — you win!

Mayor Bill de Blasio may be the most unpopular New York City mayor since David Dinkins, but that’s not keeping him out of the 2020 primary. He’s announced his candidacy on Good Morning America Friday before a weekend swing through Iowa and South Carolina.

Even before he entered the field, de Blasio was already leading the Democratic pack in one category. As Philip Bump of the Washington Post points out, he’s the single most unpopular Democrat in the field, wresting the title away from its previous holder, Sen. Elizabeth Warren. 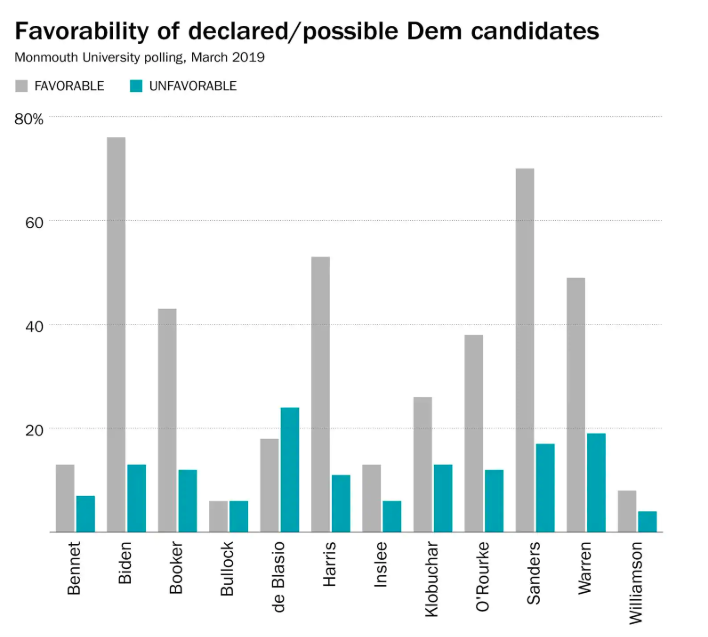 In fact, in the latest Quinnipiac poll, de Blasio is underwater with voters..who live in New York City.
The NYC mayor has no announced plans to come to the Granite State as of yet, but he was there in March at an event with the NH Young Democrats.  Outside the venue, this was waiting for him. 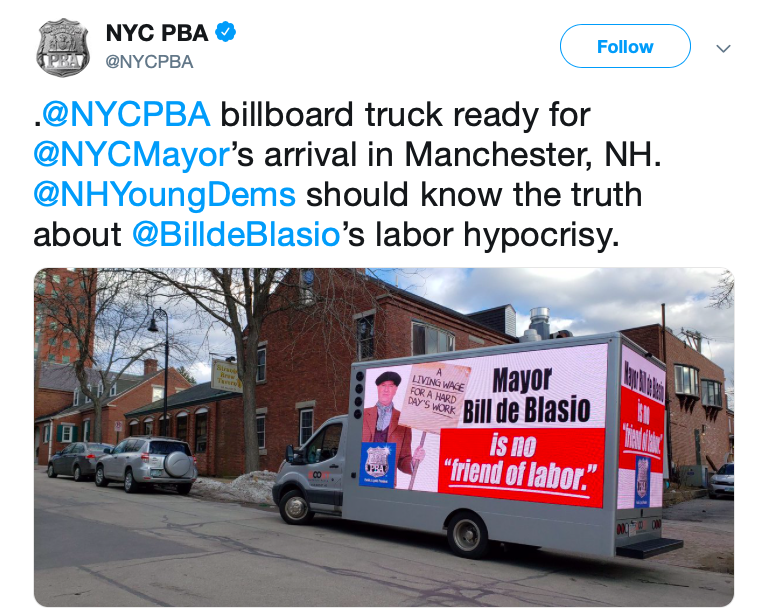 All of which proves that despite what fans of Sen. Warren and Sen. Kirsten Gillibrand may say, the “likability” issue has nothing to do with gender. Then again, in the latest IPSOS/Reuters poll, de Blasio is at 1 percent among registered Democrats nationwide, while his fellow New Yorker Sen. Gillibrand is at…zero.

Many media outlets continue to report that Mayor de Blasio is number 23 on the candidate list because they’re not counting former Alaska U.S. Senator Mike Gravel, but he’s likely to meet the requirements to make the debate stage and claims he’s in it to win it.

And he’s certainly not polling any lower than Tulsi Gabbard, Seth Moulton or Eric Swalwell, all of them incumbent members of Congress–and all polling at zero percent.

Meanwhile, the fun may not be over yet!  The Iowa caucuses are nine months away and more candidates may enter the race.   Georgia’s Stacey Abrams has yet to give a firm “no.” Mark Cuban keeps hinting that he might get in the race. Billionaires Tom Steyer and Michael Bloomberg have both dropped out, then said they may change their minds depending on how the campaign develops. John Kerry could still get in, and Hillary Clinton’s on the list “might jump in the race” list because, well…Hillary Clinton.