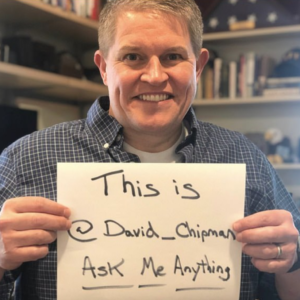 Few Granite Staters have ever heard of David Chipman, President Joe Biden’s pick to head the Bureau of Alcohol, Tobacco and Firearms. But if his nomination makes it to the floor of the Senate, he’s likely to become a local celebrity.

That’s because Chipman’s going to need the vote of Sen. Maggie Hassan, a solidly-blue Democrat in a purple state with one of the highest rates of gun ownership in the nation and fewest restrictions on legal gun ownership. Hassan’s up for re-election next year, so Republicans and Second Amendment groups will make sure Granite State gun owners know all about Mr. Chipman before she casts that vote.

Chipman, a 25-year veteran of the ATF, has hardly been subtle about his support for gun control. He’s a former lobbyist on behalf of not one, but two anti-Second-Amendment organizations: the Mike Bloomberg-backed Everytown group and Giffords.org. Not surprisingly, gun-control advocates hailed his nomination. Sen. Richard Blumenthal (D-Conn.) celebrated Chipman’s pick as “exactly what A.T.F. needs.” CNN calls him “a fierce advocate for gun control.”

Second Amendment advocates, on the other hand, are horrified by what they perceive as Biden’s provocative choice. “He’s a lobbyist for anti-Second Amendment groups and he’s completely out of the mainstream on gun issues,” Cam Edwards, editor of BearingArms.com told NHJournal. “I used to joke that President Trump should appoint someone like me to the ATF or FBI to protect gun rights. The difference is, Biden isn’t joking.”

Mark Oliva of the National Shooting Sports Foundation made a similar observation to Fox News. “The idea of a gun control frontman leading the agency to regulate firearms is unacceptable.”

But Chipman’s challenges don’t end with his resume. He’s taken positions on gun policy guaranteed to inspire a backlash from gun owners in New Hampshire and across the nation.

Chipman supports a ban on the sale of AR-15s, among the most popular rifles in America, referring to them as “weapons of war.”  In addition, Chipman testified before Congress, the current owners should be treated like owners of machine guns.

“Simply reinstating the ’90s-era ban on assault weapons is not enough,” Chipman said in his 2019 testimony. “One option would be to require the registration of all existing assault weapons in civilian hands under the National Firearms Act [NFA].

There are an estimated 20 million AR-15s in private hands in the U.S. Given the data on gun ownership rates in the state, that would likely around 20-30,000 of the weapons in New Hampshire, and every owner would have to get an NFA license.

“The backlash would be huge,” says former Dunbarton state Rep. JR Hoell of the New Hampshire Firearms Coalition “David Chipman is imminent threat to all law-abiding citizens and clearly someone who should be opposed by every U.S. Senator.”

Chipman also repeated a debunked conspiracy theory that the people inside the Branch Davidian compound in Waco “used two .50 caliber Barretts to shoot down two Texas Air National Guard helicopters.” The Waco incident is viewed by many as one of the blackest marks against American law enforcement, resulting in the needless deaths of 76 people, including 20 children, inside the compound. The false narrative that helicopters were shot down is often used by people attempting to defend the botched raid by federal agents.

David Harsanyi, author of First Freedom, a book on the history of gun ownership in America, says Chipman “sneers” at lawful gun owners as intellectually suspect and “slack-jawed yokels.” In the early days of the COVID-19 pandemic, Chipman urged governors to unilaterally shut down gun shops. Harsanyi points out this quote from Biden’s nominee: “If we can imagine how horrible this crisis is . . . the people who hoarded the guns might decide six months from now — once they see no zombies around but they’ve run out of tuna and beef jerky — that they need the money to buy food.”

Supporting gun bans, mocking gun owners, and spreading conspiracy theories makes Chipman a problematic pick for the ATF job, particularly since the agency has only been able to get one nominee confirmed in the past 15 years.

But if the vote makes it to the Senate floor, the risk to Hassan isn’t merely theoretical. As Hoell points out, one reason she was able to unseat a first-term incumbent in 2016 was the gun issue.

“Firearm owners in New Hampshire were extremely angry at Sen. Kelly Ayotte for her numerous cloture votes on anti-gun issues, and specifically her confirmation vote for Loretta Lynch as U.S. Attorney General. In 2016, gun owners who showed up at the polls either voted third party or left the ballot blank. There were almost 29,000 third party votes and Ayotte lost by just over 1,000 votes,” Hoell said.

“Confirmation hearings matter and this one will as well,” Hoell added.

“The bottom line is we will have the ATF working against gun owners rather than being a neutral government agency to enforce laws,” Gottlieb said. “We’re probably going to have what I would consider to be a very rogue ATF. … Everybody in the whole firearms community and Second Amendment community is going to pull out all the stops to fight the confirmation.”