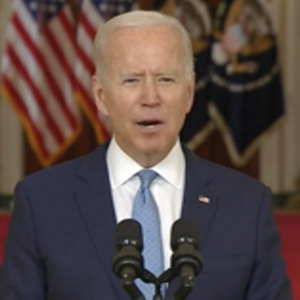 President Joe Biden looked into the camera Tuesday and told America to embrace the “extraordinary success of this mission” to withdraw from Afghanistan after 20 years of war.

Americans, including in New Hampshire, weren’t buying it.

A flurry of polls that hit Tuesday, including a survey of New Hampshire voters, found Americans are very unhappy with Biden’s handling of the Afghanistan withdrawal.

Responding to criticism that he’s set artificial timelines — including from fellow Democratic Sen. Maggie Hassan — Biden said in his speech: “August 31 was not an arbitrary deadline. It was designed to save American lives.”

The immediate response from viewers via social media was, “How did that work out?”

The deaths of 13 Americans in a suicide bombing — the first U.S. military deaths in Afghanistan in more than a year– were made possible when a terrorist breached security the Biden administration left in the hands of the Taliban. (That is not a typo.)

Not surprisingly, many Americans are angry.

“That feckless, dementia-ridden piece of crap just sent my son to die,” said Kathy McCollum, the mother of one of the Marines murdered in last week’s bombing.

CNN reports vulnerable Democrats like Hassan are looking for ways to distance themselves from Biden. But it’s unlikely Republicans will let that happen. Conservative groups are already running ads attacking Biden, not on the issue of Afghanistan, but on the issue of competence and mental acuity.

And, polls show, Republicans have got the political winds at their back.

In a new Morning Consult poll, the share of Democrats who “strongly” approve of Biden’s job performance has fallen seven points since the Taliban took control of Kabul to 47 percent–the lowest of his presidency. An incumbent below 50 percent with his own party isn’t likely to help Democrats hold Congress next year.

“Joe Biden left American’s behind in Afghanistan. It’s inexcusable – and the voters will not forget. His actions further demonstrate his inability to lead this great country,” said longtime Trump advisor Corey Lewandowski.

“A sad performance on a sad chapter in American history by a truly sad person,” veteran NHGOP strategist Dave Carney said of the president’s speech. “Joe Biden will not be a help to a single Democrat running for office in the next 15 months.”

That certainly appears to be the case in New Hampshire. A new poll of Granite State voters from the Saint Anselm College Survey Center found just 44 percent approved of the job Biden is doing, while 55 percent disapprove — putting him -11 underwater. Compare that to Gov. Chris Sununu’s 64/34 approval numbers.

Not surprisingly, Granite State Republicans are on the attack.

And while some Democrats like Hassan and Rep. Chris Pappas are keeping their views of Biden on the down low, other members of the party are standing by their man.

“Joe Biden will go down as the president who had the guts to end the ‘endless war,'” said veteran Democrat Terry Shumaker, a longtime Biden ally who also co-chaired Bill Clinton’s New Hampshire campaigns. “His speech forcefully outlined to a war-weary country in clear and simple terms the rationale for his decision and the fallacy of many of the criticisms of our withdrawal. It was long past time to go. I am confident most Americans agree and history will view Biden’s decision as the right one.”

“Biden made his case,” D’Allesandro said of Tuesday’s speech. “He knows not everyone will accept it. It was an extraordinary event,  getting those people out.”

And what about the several hundred American citizens Biden left in Taliban-controlled Afghanistan?

“Yes, Americans were left behind. He’ll have to live with that,” D’Allesandro said.

And so will New Hampshire Democrats running in the 2022 midterms.