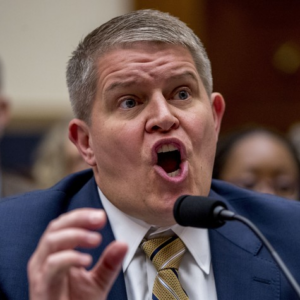 President Joe Biden has withdrawn his nomination of controversial anti-gun activist David Chipman to head the Bureau of Alcohol, Tobacco and Firearms after Democrats failed to support his pick. One Democrat who did stick with the troubled nominee, however, was New Hampshire Sen. Maggie Hassan.

Chipman, a former ATF employee, joined the pro-gun-control organization Giffords as a senior policy advisor. He supports a ban on the sale of AR-15s, among the most popular rifles in America, referring to them as “weapons of war.” In addition, Chipman testified before Congress that current owners of AR-15s should be treated like owners of machine guns.

“Mr. Chipman’s long record as a partisan, anti-Second Amendment activist raised plenty of concerns about how he’d administer federal firearms laws,” Sen. Charles Grassley (R-Iowa) said in a statement. “The employees of ATF and the American people deserve an ATF director who carries out the mission of the agency with respect for the Constitution and for all agency employees.”

Whatever chance he had of winning Democratic support was likely lost when the pro-Second-Amendment news site The Reload uncovered allegations of racist comments and behavior in Chipman’s past.

In August, a black former ATF agent told The Reload that Chipman had falsely accused him of cheating on a promotion assessment because he believed the agent had done too well on a section of the examination.

“I couldn’t believe it when it happened,” the agent said. “But when I read about his other comments, in my mind, I was like ‘that motherf*****.’ That’s what happened. He said, ‘Hey, a lot of African Americans qualified to be promoted on this certification list; they must have been cheating.’ And then he had to go and find one. I happened to be that one.”

Soon after, The Reload reported two ATF agents corroborated the existence of a separate allegation that Chipman made a racist remark about Black agents applying for promotions while serving in the agency’s Detroit office.

The Reload stories led to calls from Republicans for new hearings and a whistleblower report being filed with the ranking member of the Senate Judiciary Committee.

Still, Hassan continued to have Chipman’s back, repeatedly declining to answer questions about his behavior while supporting his nomination.

“Sen. Hassan was one of the only purple-state Democratic senators to publicly support his nomination in spite of these criticisms and concerns,” The Reload’s Stephen Gutowski noted Thursday.

New Hampshire’s gun rights organizations were pleased by the news.

“Mr. Chipman was the wrong man at the wrong time for an important agency that has become far too politicized,” said Richard Feldman, president of the Independent Firearm Owners Association. “Democrats in the Senate facing tough 2022 re-election fights simply did not want to take a vote and be counted either way and with no Republican support this was a nomination ‘dead on arrival’ or very shortly thereafter.”

Hassan has been a longtime supporter of banning the sale of so-called “assault weapons,” including popular rifles like the AR-15. New Hampshire is home to several gun manufacturers, including Sig Sauer and Ruger. According to JR Hoell of the New Hampshire Firearms Coalition, more than 6,500 jobs are directly or indirectly involved in the manufacture of firearms and firearms parts in New Hampshire.