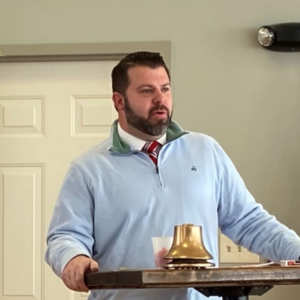 DJ Bettencourt will return to his post as deputy insurance commissioner Thursday following the dismissal of domestic violence charges stemming from an altercation last month.

Bettencourt was placed on administrative leave at the department in early May as the result of the original charges which stemmed from a middle-of-the-night argument with his wife, Shannon.

“Our incident was without legal viability, the only charge has been dropped, and the case is over,”  the couple wrote in a joint press release. “We will move forward with perspective, patience, and focus on raising our children and strengthening our relationship with love and perseverance outside the public spotlight. We are relieved that the legal process is concluded, along with the ugly politics that permeated this unfortunate incident.”

Six prosecutors reviewed the case to ensure objective scrutiny of the facts due to DJ Bettencourt’s political status both locally in Salem and in New Hampshire. Bettencourt is a close ally of Gov. Chris Sununu.

“In an overabundance of caution and to avoid any appearance of conflict, and at the direction of the chief of police, my office has asked another prosecuting agency to see through the prosecution of this case brought by the Salem Police Department,” said Salem prosecutor Jason Grosky in court pleading. Grosky is also chairman of the Rockingham County Republican Party.

Both DJ and Shannon claim the situation escalated out of control on May 5, but never rose to the level of domestic violence.

“We engaged in an argument that escalated beyond anything that either of us finds acceptable and is a thoroughly embarrassing experience. This incident was never domestic violence,” the statement continued.

“Domestic violence is unacceptable and must always be taken with the utmost seriousness,” the Bettencourts wrote. “In these situations, allegations must be fully and thoroughly investigated, and the process must be allowed to proceed to its appropriate conclusion, as it did in our situation.”

“It was a terrible misunderstanding that spilled into the public arena and made public some of the most sensitive details of our private lives.”

DJ served as the youngest majority leader in the state House of Representatives from 2011 to 2012, where he met his future wife Shannon, then a legislative aide. In 2016, Bettencourt worked on Sununu’s successful gubernatorial campaign. He then served as policy advisor to the Sununu administration until taking the second spot at the Department of Insurance in January 2021. He also serves on the Salem Budget Committee and the newly-established charter commission.

“Marriage is hard and imperfect. Professionally, we will get back to serving the public. Personally, in the end, we will move forward with perspective, patience, and focus on raising our [three] children and strengthening our relationship with love and perseverance outside the public spotlight,” the couple wrote.