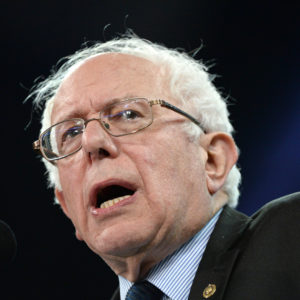 Bernie Narrowly Leads in Latest Iowa Poll. What Does That Mean for New Hampshire?

If Joe Biden wins Iowa and New Hampshire, the race is over. If Bernie wins them, it’s just beginning.

That’s the conventional wisdom among New Hampshire Democratic pros now that the latest Des Moines Register poll has been released Friday night with Sen. Sanders clinging to a small lead in a four-way field of frontrunners.

Here are the numbers from the Des Moines Register poll:

The two biggest bounces went to Bernie Sanders (+5) and “not sure” (+6). The biggest drop by far was Pete Buttigieg’s nine-point plunge.

But generally speaking, the race is stable. Bernie, Biden, Buttigieg and Warren are bunched together between 15 and 20 percent. Klobuchar, polling at six percent, would have to double her support to become competitive and triple it to have a shot at winning.

And so we’re left with two big headlines:

1– Biden Isn’t Breaking Away:  After months of predictions that Uncle Joe’s campaign would collapse, the emerging CW from the pundit class is that he’s about to run away with the race. They base this in part on his months atop the national polls, as well as the current political environment. With missiles flying in Iraq and a shaky international order, Biden’s the “steady hand” Democrats will turn to.

Except they haven’t. At least, not in Iowa or New Hampshire where Biden’s in the hunt but hardly pulling away.

2 — Bernie Isn’t Going Away: Bernie’s pile of campaign cash keeps growing, while his base of support refuses to shrink. He hasn’t broken out, either. But he’s in good shape less than a month out. “There’s no denying that this is a good poll for Bernie Sanders. He leads, but it’s not an uncontested lead,” said pollster J. Ann Selzer, who conducted the poll. “He’s got a firmer grip on his supporters than the rest of his compatriots.”

If the field stays split, Bernie could easily win the Iowa Caucus. If he does, even by just a point or two, he heads into New Hampshire with momentum.

And that will be the moment of truth.

There are a significant number of #NeverBernie Democrats who either haven’t forgiven him for his alleged slights of Hillary Clinton in 2016; or who believe Bernie at the top of the ticket means a Jeremy Corbyn/British Labour Party-style shellacking for their party. And right now, it appears those voters are fairly evenly split.

What will they do if Sanders comes to the Granite State with a win in his pocket, another likely victory in Nevada, and plenty of money to make it past South Carolina?  What if he gets another bump of momentum out of New Hampshire and starts stacking up delegates from Super Tuesday progressives in California, Massachusetts, Colorado and Minnesota?

Sanders could conceivably lock up enough delegates to make it nearly impossible for any other candidate a first-ballot majority.

Do those #NeverBernie voters stay split among Biden, Buttigieg and Warren in the First in the Nation primary, hoping their candidate has a breakout moment? Or do they start coalescing around a single candidate –most likely Biden — in a #StopBernie coalition?

With a hardcore base of young, passionate supporters and a $100 million in total fundraising, Bernie Sanders can’t be stopped. He can only be survived. Will Democrats figure that out before or after the New Hampshire Primary?