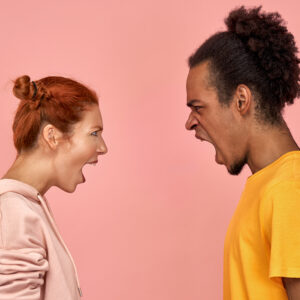 Posted to Education March 03, 2021 by NHJOpinion

In the mid-20th century, a hero of our republic shook the conscience of a country with a hopeful wish for his children. The hope was for a future in which they might be judged according to their actions, and not according to their skin. This egalitarian wish flowed naturally from the philosophical foundations of the Declaration of Independence and Bill of Rights: Enlightenment Rationalism, the belief that all men are equal before both God and the law. It is Enlightenment Rationalism that undergirds your very way of thinking.

In our present day, one can be forgiven for pessimism about the state of things. Never before–even during the Civil War–has our nation been so divided. It seems everything one does has political connotations, and no matter how genuinely one seeks to uphold virtues they may find themselves targeted, and increasingly, “canceled.”

There exists a common thread amongst these many things that ail us. The first thing you must understand is it does not speak our language but wraps itself in it as camouflage. Words appear ordered to invoke feelings of righteousness, but they do not mean what you would infer. These ideas are rooted not in Enlightenment Rationalism, but rather in the alchemical formulations of madmen.

In the early 19th century, the German philosopher Georg Hegel wrote his seminal “Phenomenology of Spirit,” a quasi-religious text touting a deity manifest in the perfect harmony of citizen and state. Hegel invoked alchemical concepts to breathe a sort of “magic” into language. The behind-the-curtain truth is he simply obfuscated enough to confuse people by redefining particular words, and thereby co-opted well-meaning persons into activism on his behalf. His religion was called “Scientism,” and it relied on his “dialectical” process of working out societal “contradictions” to bring about a utopian vision. You might recognize among his contributions “aufheben der kultur,” or translated, “cancel culture.” Decades later another German philosopher, Karl Marx, would adopt and utilize Hegel’s alchemical dialectic to attack society along the lines of “class.” (Horrifically, Hegel’s ideas were simultaneously forming the basis for both communism and fascism, both being statist utopian ideologies).

Returning to the present day we see the fingerprints of this ideology all over our current quagmire. Whereas Marx applied Hegelian alchemy to “class,” modern “critical theorists” apply this technique to characteristics of “identity,” including race, sex, gender, disability status, etc. The first mentions of “critical theory” were those of Frankfurt School (Marxist) academics in the United States in the early 20th century. As the astute may guess, “critical theory” is no “theory” at all. A “theory” is a scientific process of educated guessing, and testing that guess against reality. “Critical theory” is, expressly, a tool for radical activism that neither attempts nor tolerates testing against reality. In fact, with the strategic incorporation of postmodernist ideology in the late 20th century many “crits” (proponents of Critical Theory) deny the existence of objective reality entirely, and thereby formulated such nonsensical expressions as “my truth,” and “lived experience.”

We now face a very dangerous problem. We have a great many people (most of them well-intentioned) agitating on behalf of a religion called “Scientism” that they confuse with science, promoting racial stereotyping and scapegoating in the name of “tolerance,” all while making purposeful advances towards the unified, utopian individual/state harmony best exemplified historically in gulags, killing fields, and the “Great Leap Forward” famine and “Cultural Revolution” of communist China.

Alas, there is a silver lining, as we are presented with hard times, we are given the opportunity to meaningfully change the course of history. Do we stand with Dr. King in forwarding that righteous dream, and against the regression of American society, or do we go quietly into the night as our society elevates racial essentialism? In NH and elsewhere brave legislators are advancing bills to prohibit the indoctrination into this ideology in government and public schools. In New Hampshire, this is accomplished by approving House Bill 544. I invite you to stand on the shoulders of giants in supporting this bill.