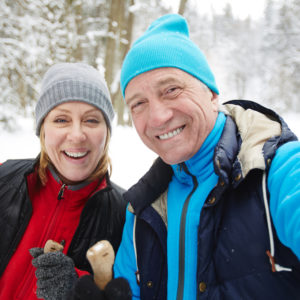 In addition to ranking fourth over all, New Hampshire also ranks:

“New Hampshire is a great place for older people and retirees to live, and this report confirms that fact yet again,” says Todd Fahey, State Director of AARP New Hampshire. “While the New Hampshire story is bigger than any one survey or set of measurements, this does underscore how good we already are and how great we could be.”

And “great” is the right word when it comes to the impact of these retirees on the state’s economy.  Americans 55 and older tend to be wealthier and do a disproportionate amount of spending.

And they spend it, too–at least compared to their fellow Americans.  Though they represent less than 30 percent of the population, in the first quarter of 2017,  Americans 55 and older accounted for 41.6% of consumer spending nationwide, according to government and Moody’s data.   That’s good new for New Hampshire-based retailers and consumer-goods businesses, and the benefits don’t end there.

According to a 2014 report by the Corporation for National and Community Service, “more than 20.7 million older adults –quarter of those 55 and older – contributed more than 3.3 billion hours of service in their communities. Based on the Independent Sector’s estimate of the average value of a volunteer hour, the yearly economic benefit of this service to the nation is valued at $75 billion.”  And with such a high retiree population, New Hampshire gets a disproportionate amount of the benefit. In fact, seniors/retirees are part of the reason New Hampshire is in the top 10 for “Most Charitable States,” too.

However, Fahey says there is still more New Hampshire could do to make the state even more attractive to seniors.  His list includes: