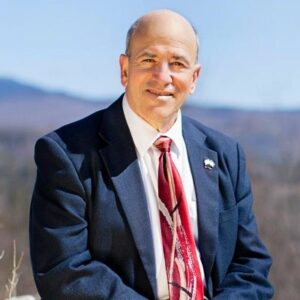 Posted to February 14, 2021 by Christopher Maidment

State Senator Bob Giuda slammed the Attorney General’s office on Facebook Friday over their ‘investigation’ into a voting disparity in Windham’s general election results from November, calling the AG’s depiction a “misleading half-truth.”

Giuda, a former FBI agent, says they are “NOT doing an investigation” into the matter, but simply a “document review.”

At question is a huge disparity, especially by New Hampshire standards, in the Windham state rep race held on November 3, 2020.

Originally, Democrat Kristi St. Laurent was just two dozen votes behind the lowest Republican vote-getter. Thus, she asked for a recount within the normal parameters for such a request. The recount result, on the other hand, was anything but normal.

After the hand recount, all four Republican candidates gained approximately 300 votes each, yet Ms. St. Laurent’s total dropped by almost 100. Neither the Town of Windham nor the Secretary of State could come up with a reasonable explanation that quelled any suspicion. St. Laurent brought the issue before the Ballot Law Commission, but they were statutorily powerless to cure any issues there – not their purview.

Town officials called for an investigation by the Attorney General’s office to get to the root of the matter. Republicans and Democrats alike wanted to re-instill confidence in the voting system in New Hampshire. Several bills have been filed in the legislature to approve election audits moving forward. By all accounts, Windham’s results “shook” the system guided by Secretary of State Bill Gardner for the last four decades.

Giuda, though, says the AG has failed to conduct an investigation and even goes as far as to suggest they may be refraining from a full investigation on purpose.

“What could have been considered an excusable error in judgment is now beginning to look like malfeasance,” Giuda wrote on his personal Facebook page Friday.

“It is deeply troubling when an agency willfully refuses to act in a matter as critical as the integrity of our elections. It is even more disturbing when the agency attempts to deceive the public,” Giuda said.

The discussion reignited after Gateway Pundit reposted a story about the discrepancy that appeared in November, fueled by still existing skepticism among the right about President Biden’s victory over President Donald Trump. Concerns over Dominion voting machines are the prime subject.

New Hampshire uses an AccuVote system that is no longer in production, and Dominion Voting Systems now owns the intellectual property.

“The device used in New Hampshire is no longer being manufactured. Dominion (Voting Systems) owns the intellectual property of the AccuVote and its related election management system but does not manufacture the device,” Attorney Nicholas Chong Yen told a Patch reporter.

On top of that, 15 additional recounts were completed following the November elections, none of which produced an abnormal result. Of those 15, three state senate districts were recounted, all of which had more than 30,000 votes cast in each race.

All that aside, Giuda says the Attorney General must get answers and investigate the Windham incident. He insists they aren’t doing their job and suggests they may be negligent.

“They have no intention of doing what’s actually necessary to get to the heart of the issue: rerun the ballots through the machines, and perform a hand count to determine the actual number of ballots that were cast,” Giuda noted.

“To be clear, five State Senators, the Senate legal counsel, and the Assistant Secretary of State were all on the February 5th Zoom call in which assistant AG Edwards and Election Law Chief Chong Yen stated categorically that they are not going to investigate the machines or the total ballot count – the only two actions that can provide the answer to what exactly happened.”

“It bears mentioning that Windham officials have done everything possible to get the AG to investigate this matter. They bear no responsibility for the AG’s failure. Every party to this issue has asked the AG to check the machines and the ballots. And, having been called to task for its continuing refusal to do so, the office is now attempting to deceive the public into thinking their document review is sufficient.”