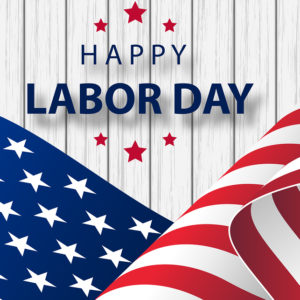 Before They Were President: A Quiz for Labor Day

In his farewell address, President Harry Truman said “the greatest part of the president’s job is to make decisions — big ones and small ones, dozens of them almost every day. No one else can do the deciding for him. That’s his job.”

But what was the job of “Give ’em Hell, Harry” before he became president? How did he and his fellow future presidents pay the bills before they moved into the White House?

This Labor Day, as we honor America’s working men and women, take the quiz below and test your knowledge of the jobs some presidents held before sitting down at the Resolute Desk.

1. Decades before going to Washington, Truman once worked as a what?

2. Before entering politics, Ronald Reagan held which of the following jobs?

D. All the above

3. Abraham Lincoln is remembered as a lawyer. But before starting that career, he had all of the following jobs except one. Which was it?

A. Tended a river flatboat

B. Tended bar in a saloon

D. Clerked in a store

4. Gerald Ford had a reputation as a college football player. After graduating, he passed up offers to play in the NFL and worked what job instead?

A. Boxing and assistant football coach

5. Andrew Johnson took a roundabout route to the White House. What was his pre-political occupation?

6. Grover Cleveland is the only president to have presided over an execution. It was part of his duties as …

B. Chief of police

7. Joe Biden had a college job doing what?

8. Dwight Eisenhower is believed to have played minor league baseball under an assumed name to avoid losing his amateur status while at West Point. What name did he reportedly use?

9. As a young boy, Jimmy Carter did what job?

B. Delivered goods in his father’s general store

10. Lyndon Johnson spent a year after high school on what some call his “lost period.” After a trip to California didn’t work out, he did a series of odd jobs that included what?

A. Cutting down tree limbs