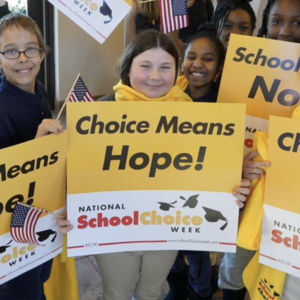 Posted to Education June 02, 2021 by NHJOpinion

Change is coming to our outdated education system. So far this year, more than a dozen states have enacted policies that empower families to choose their child’s learning environment using the public funds set aside for their child.

The “Live Free or Die” state could be next—so long as special interests don’t get their way.

The New Hampshire legislature is currently considering a proposal to create Education Freedom Accounts (EFAs), which would allow families of eligible K-12 students to access a portion of the state funding dedicated to their child to pay for private school tuition, tutoring, textbooks, online classes, curricular materials, special needs therapy, and more. Unused funds would roll over from year to year so families could save for future education expenses.

According to the most recent monthly polling from Morning Consult, 73 percent of Granite Staters love the idea—but that’s not stopping defenders of the status quo from going on the attack.

Case in point is a recent Concord Monitor op-ed by David Doherty, a former state legislator and school board member. Citing an anti-school choice group, Doherty warns that the EFA proposal would be the “most expansive in the country.” Actually, that distinction belongs to the newly enacted EFA-style policy in West Virginia, followed by existing education choice policies in Arizona, Florida, Georgia, Indiana, Montana, and several other states. But for the sake of argument, let’s agree that eligibility for New Hampshire’s EFA proposal will be among the top half of education choice policies nationwide.

Doherty opposes the EFAs because he claims they would “take money away from public schools.” This, of course, falsely assumes that school buildings are entitled to that money instead of putting the focus on the students who are learning in those buildings. After all, the money only leaves those buildings if families choose another option.

This “siphoning” argument is troubling for two reasons. First, it treats children like mere funding units for district schools. It implies that parents should set aside their hopes and dreams for their children and keep them enrolled in a system they wouldn’t otherwise choose, all for the sake of “the greater good.”

In no other system but K-12 education do we send the message that you should accept a service that doesn’t meet your needs so that the service provider can continue providing that service. It’s logically backward: No child is owed to any school, and neither is the state money allocated for that child.

Second, the “siphoning” argument betrays a disturbing lack of faith in the quality of education provided by the district school system. If the fear is that families really would leave en masse given the choice, what does that say about how well the system is serving families?

But Doherty doesn’t want to talk about performance, he wants to talk dollars and cents. Serving on the Pembroke School Board, he says he witnessed a “struggle every budget cycle to fund our public schools adequately.”

Yet a quick look at the unvarnished data tells a very different story.

Doherty also invokes another familiar bogeyman: EFAs, he gravely assures us, “would undoubtedly cause higher taxes.”

By his telling, if kids use EFAs to leave their schools, local taxes will have to go up to cover the lost state revenue. But what if enrollment goes up? Well, they’d undoubtedly also have to raise taxes to cover the additional expenses!

Granite Staters can easily see through this bogus scaremongering. A recent Josiah Bartlett Center analysis calculated that the EFA proposal “would save taxpayers $6.65 million in its first two years” and “decrease state aid to district public schools by only 0.024 percent by its second year” while reducing public school enrollment by about 2 percent.

Fortunately, his math doesn’t add up, and the evidence shows that we need not choose between what’s best for individual children and the greater good. The vast majority of studies show that education choice policies boost the academic performance not only of participating students, but also of the students who remain in their assigned district schools. In other words, choice and competition lead to systemic improvements—a rising tide that lifts all boats.

Education Freedom Accounts serve the greater good by empowering families to choose the learning environments that works best for their children. Legislators should ignore the scaremongering and do what’s best for New Hampshire’s children. 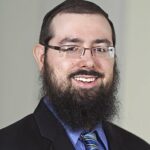 Jason Bedrick is Director of Policy at EdChoice and a former New Hampshire state representative.