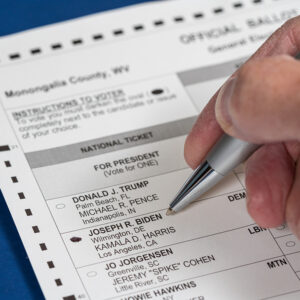 Bedford state Sen. Denise Ricciardi is demanding a “thorough and transparent” investigation into the 190 uncast absentee ballots in the 2020 general election — an election that sent her to the Senate in a race so close it sparked a recount.

As NHJournal reported Saturday, when the uncast absentee ballots were discovered days after the November 3, 2020 election, town officials reported it to Secretary of State Bill Gardner’s office. The Secretary of State then handed the matter over to Attorney General Gordon MacDonald’s office. It ordered the ballots to remain uncounted and their existence kept secret, according to town officials.

“The attorney general requested some information from us and we submitted it on November 19, 2020. We were told not to discuss this with anyone, not even the town council, because it was a pending investigation,” according to a letter from Town Clerk Sally Kellar and Town Moderator William Klein.

The ballots were uncovered before the recount in the Senate race between incumbent Jeanne Dietsch and GOP challenger Denise Ricciardi, but they were excluded from the new count. Dietsch was never told of the existence of the ballots. She abandoned the recount when, based on the available ballots, it became clear she was not going to prevail.

Bedford town officials say they were told “these ballots would not have impacted the outcome of any of the races. ”

Ricciardi, who also serves as a Bedford town councilor, responded to NHJournal’s coverage with a statement:

“I learned [Friday] for the first time that 190 absentee ballots in Bedford in the 2020 election were never counted. I learned of this along with other town councilors in an email from the Bedford town manager.

“I expect a full, thorough, and transparent investigation by the Attorney General’s Office as well as the Secretary of State’s office about these uncounted ballots.

“Elections must be above reproach and every voter’s ballot must be properly counted,” Ricciardi said.

NHJournal has requested comment from the offices of Gov. Chris Sununu, the attorney general, and the secretary of state, as well as the town of Bedford. They have declined to respond.