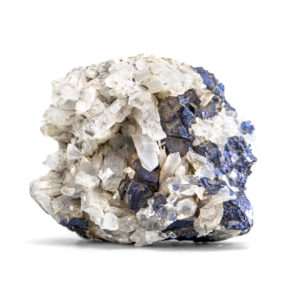 BARTH: Will New Chant Be ‘No War for Rare Earth Metals?’

America has been on an all-out push to transfer from internal combustion and diesel to electric and hybrid vehicles for nearly 20 years. In a frantic pace to become more sustainable, manufacturing plants all over the world have shifted major assembly lines and created all-new facilities to produce fuel cell batteries and electronic vehicle components. What is the carbon footprint of such a massive change in global manufacturing? Billions of dollars and millions of gallons of fossil fuels were used to facilitate this transformation. Also, don’t forget the billions of dollars in taxpayer subsidies that went to these hybrid and electric vehicle companies. It seems there is very little that is sustainable about this whole process.

According to recent AP articles, Chevrolet and Hyundai have major recalls of their lithium batteries. Hundreds of thousands of batteries must now be replaced because of the risk of fire. What is the carbon footprint of these recalls? More rare earth minerals must be mined in countries like China and shipped all over the world to be manufactured into new batteries. What is going to happen to the old batteries? Sure, they are supposed to be recycled, but where? Are they going to be shipped all over the world to be recycled, and how many will actually be recycled once they reach their destination? What is the carbon footprint of all that?

If auto manufacturers were not given billions in subsidies, would they have had such a push to go electric? It seems the more sustainable route would have been to make slight changes in the manufacturing of the internal combustion engine to make them more efficient.

As a nation, we have a lot more control of oil reserves than rare earth minerals. With the fall of Afghanistan, China will be quick to sweep in to mine all the minerals that lie beneath the deserts of the Middle East. Soon, our nation will be in a battle for minerals. The cry of the past was, “No blood for oil!” Will the same protestors be chanting “No blood for minerals” as the world’s superpowers fight for the space and rights to deplete foreign nations of what lies beneath the surface?

The current administration has lofty goals to create a nation of electric transportation. Even with the billions of dollars slated for future green infrastructure, the country’s electric grid will not be able to handle this load. We all must come to the realization that the brownouts of California will most likely be commonplace throughout this land. Coal, natural gas, hydro, the few remaining nuclear plants, aging windmills, and solar panels will not be able to keep up with the strain of everyone plugging in their car each night. This will push us farther down the road of unsustainability and leave our nation dependent on raw materials that we have little to no control over. Are we really prepared as a nation to go from oil independent to rare earth mineral dependent?

John Barth is an independently-minded millennial who lives in northern New Hampshire with his wife and children. He wrote this for NHJournal.