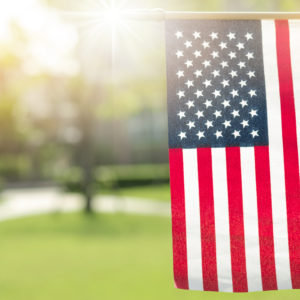 Posted to Politics March 25, 2021 by NHJOpinion

I’d like to share an experience with you that I have had over the past several weeks. It starts from a challenging place, but I have confidence that it bodes well for our future.

As background, I am a wife, a mother, and a businesswoman – and importantly, a patriotic American woman deeply concerned about the future of our country. One of my greatest concerns is the nature and tone of our discourse where so many of the people I interact with are afraid to speak their minds. There is a fear that I have never seen before. Sometimes I wonder – can this really be happening in America?  Where we have always believed we have the right to voice our opinions without fear of retribution.

Well, several weeks ago, I found myself having repeated conversations with many of the women who are my friends and colleagues and who have been having similar concerns. Women right here in New Hampshire and women around the country as well. In these one-on-one conversations our just being able to talk to one another about our love of country and speak freely felt hugely liberating. We would come away from these calls not feeling so terribly isolated and with the knowledge that someone else had similar thoughts but had felt reluctant to voice their views publicly.

So, it was after I had just completed four of these heart-to-heart calls in one day, that I came up with an idea. Why not organize a conference call and see if I could link up a number of women all at one time – to have a group conversation and have a place to share our similar feelings.   So, we set up a conference call on a Thursday evening and eight of us women got on the line and had a conversation.  It was exciting. We spoke about our feelings of constantly walking on eggshells in our conversations with others. Sometimes in the workplace. Sometimes with friends. Always with the fear of saying the wrong thing or being punished for a comment that might be interpreted as being politically incorrect. Our conference call proved to be a reaffirming and tremendously uplifting experience.

So, we resolved to repeat the practice the following Thursday. To invite more of our friends and even organize the call via Zoom. This time there were 15 of us. We spoke for nearly two hours and again came away feeling refreshed and emboldened. And, most importantly, we resolved not simply to complain but to see instead see if we could harness our energies to be a force for positive action.

And, so with this in mind, we came together around a unifying concept. We resolved to stand for a vision that we call ‘America The Beautiful.’  Where we can feel proud and unafraid to speak our minds in support of our great country. To do so with respect and with the knowledge that we are united on a mission to preserve freedom for future generations of Americans. And, who better to do launch this mission than the patriotic women of our country?

Well, since that second meeting on a Thursday evening several weeks ago, the group has grown. Our participation has increased from the initial eight to 15, and now most recently more than 50 women involved in the conversation and this important effort.

So, as in many things in life, America The Beautiful has come into fruition as the result of a challenging problem. And, it has started up organically and in a small way at first. But it has unleashed an enthusiasm and a spirit that I have never seen before and gives me great hope. Not only for the efforts of our women-led initiative but, more important, for the future of our great country. Truly, America The Beautiful!

Karen Ballou Lucas is a global entrepreneur in the health, wellness, and beauty industry and resides in Portsmouth with her husband and business partner, Jay Lucas