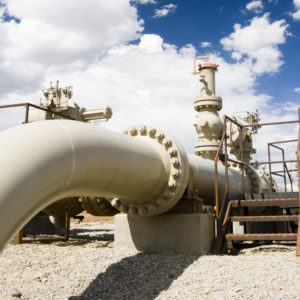 “I vote ‘No’ on  Granite Bridge!” may be an applause-grabbing line for New Hampshire Democrat Steve Marchand, but for a growing bipartisan majority, opposing expansion of natural gas in New England sounds out of step.

While Marchand and his Democratic primary opponent Molly Kelly were on the stump this week running for governor, the actual governors of five New England states (Maine was a no-show), a mix of Democrats and Republicans, gathered in Vermont and signed a joint statement on energy policy for the region. At its core is a call for expanded natural gas infrastructure, including increased natural gas storage and expanded LNG shipping.

In other words, the opposite of the policies being promoted by Marchand and other anti-pipeline activists.

“The New England states, working in collaboration, commit to making energy costs in the region more affordable.” They urge ISO-NE, which oversees the energy grid for the region, to do the same.

And given that generating electricity with natural gas costs about 60 percent less per kWh than wind power—and that communities who’ve pushed the most wind and solar have also seen the highest increases in per kWh electricity costs— this focus on affordability almost certainly means more natural gas.

In fact it’s explicitly stated in their joint statement. Among the governors’ proposals, which include increased energy efficiency and more investment in hydropower and wind, are:

● Examining potential additional infrastructure, including natural gas storage in key areas that could be used by gas-fired generation.

● Working with Congressional delegations to address whether the Jones Act should be modified to ensure that LNG [liquified natural gas] can be delivered in a timely manner during winter months.

The first idea, natural gas storage, is already part of the Granite Bridge project. It envisions a LNG tank holding 2 billion cubic feet of natural gas, hidden in an old quarry near Epping, N.H.  Part of Liberty Utilities stated strategy is to buy gas in months when the prices are lowest and store it for the winter months when demand is high and availability is low.

The second proposal having to do with the Jones Act is a bit more complicated and would require federal action. Under the Jones Act, tanker ships bringing LNG between U.S. ports must be constructed and flagged in America. Unfortunately, according to Forbes, there are currently no U.S.-made, U.S. flagged LNG tankers. None.

Under current law it’s actually easier to get LNG shipped in from Russia to New England than from other U.S. states.

The net result of the proposals issued by this bipartisan group of governors would be more natural gas, from more sources, for more customers, across New England. Not because of some conspiracy of fossil fuel companies, but because of the basic economics of available energy technology and the increasing energy demand that comes with economic growth.

As Matt Preston, an energy analyst for Wood MacKenzie said recently, the only reason for New England not to rely on natural gas “is if you’re convinced it wasn’t going to be available.  I’m not sure anyone thinks that anymore.”

Pipeline opponent Steve Marchand may get the loudest applause, but he’s already lost the debate.