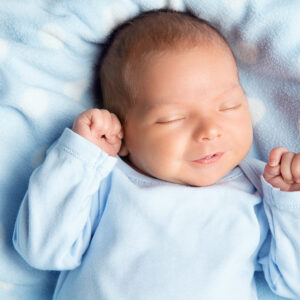 ‘Babies On Board’ in New Hampshire

New Hampshire is one of the best states in America for having a baby, ranking high in the latest WalletHub analysis for overall baby-friendliness.

The news must be getting around, as New Hampshire is currently experiencing a baby boom according to the University of New Hampshire’s Kenneth Johnson, Senior Demographer at the Carsey School, and an Andrew Carnegie Fellow.

Despite the recent increase in babies, Johnson warns New Hampshire’s fertility rate is among the lowest in the country. Combine that with an older population, and it spells trouble for the Granite State in the years to come.

The WalletHub study looks at key measures of cost and health care accessibility, as well as baby and family-friendliness. The data set ranges from the cost of delivering a baby in area hospitals to annual average infant-care costs to the number of pediatricians per capita.

New Hampshire ranks fourth overall in the survey, behind Massachusetts, Vermont, and Minnesota. Rhode Island ranks fifth and Connecticut 6th, while Maine lands 17th. Mississippi, Alabama, and South Carolina are ranked as the three worst states in the country to have babies.

New Hampshire has the second lowest cost of delivering a baby, second behind Maryland for cesarean birth costs, and second behind North Dakota for conventional delivery costs. New Hampshire also has the fifth most midwives and OB-GYNs per capita, as well as the third most pediatricians per capita.

Johnson said the current baby boom aside, New Hampshire is dealing with an older population that is in decline. The state was losing a net number of residents every year before the COVID-19 pandemic hit.

“In each of the last eight years, more people died than were born in New Hampshire. Thus, the decline in births and increase in deaths is not simply due to COVID, but actually proceeded the onset of the pandemic,” Johnson said. “The ongoing incidence of an excess of deaths over births in New Hampshire is primarily due to the fact that NH’s population is among the oldest in the US. However, the low fertility rate in the state exacerbates this problem.”

The good news is that, despite the trend of having more deaths than births, the Granite State’s population is increasing thanks to migration from other states. It is a fact Gov. Chris Sununu has frequently touted.

“We have the strongest economy in the Northeast and the fastest population growth in New England,” Sununu said in his State of the State earlier this year. “We are No. 1 in America for public safety, first in economic freedom and we continue to have the lowest poverty rate in the country, with some of the highest average wages.”

Whether people come for the minimum tax/maximum freedom environment of the Live Free or Die state, the high quality of life, or the natural beauty and recreation, they are continuing to come to New Hampshire, bolstering the population.

“All of New Hampshire’s population increase over the past several years is due to the fact that more people move into the state than leave it,” Johnson said.