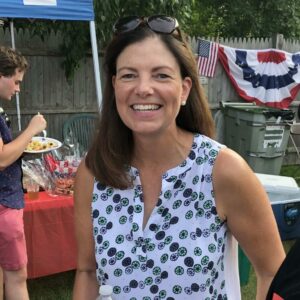 Ayotte: Where Is Hassan On Border?

At a recent Londonderry GOP event, former U.S. senator — and potential gubernatorial candidate — Kelly Ayotte — said it was fair for voters and the media to ask about Sen. Maggie Hassan’s silence on the issues of Cuba and border security, both of which are overseen by the Homeland Security Committee where Hassan sits.

“Let’s face it: As a Senator, there are fundamental issues — especially on the committees you serve on — that impact not only New Hampshire but the nation. Issues like what’s happening in Afghanistan or Cuba. And then also what’s happening at our southern border. These are all really important issues,” Ayotte told NHJournal. “Of course, she should talk about them.”

A 17-year-old girl was sentenced to eight months in prison in one of the summary trials being held in Cuba in the wake of anti-government protests.

Hassan, who has heard testimony on all of these issues given to the Homeland Security Committee, has yet to make a single public statement about recent events in Cuba, even after Homeland Security Secretary Alejandro Mayorkas announced Cubans who make it to America’s shores would be turned away.

More than 1 million arrests of illegal immigrants have been at the southern border this year, easily surpassing the record set in 2005. A new report from Princeton Policy Advisors projects the number of border apprehensions will break the previous record by 250,000.

Hassan opposed former President Donald Trump’s attempts to build more physical barriers along the southern border, including his infamous “wall.” And Hassan supports the Biden administration’s decision to leave portions of the wall that have already been paid for unfinished.

On Sunday, a woman who traveled to Del Rio, Texas hoping to cross into the U.S. illegally was asked what she thought about President Biden. She responded “Gracias al Presidente Biden por la oportunidad de venir aqui ahora.” (Thanks to President Biden for the opportunity to come here now.)

Sen. James Lankford (R-Okla.), the ranking Republican on the Homeland Security Committee, released a scathing report last week on the Biden administration’s decision to spend $2 billion in “wasted taxpayer dollars” to pay Department of Defense (DOD) contractors not to build the border wall. Lankford’s report identifies the “termination and cancellation” costs still being accrued daily on contracts for the border wall that are ongoing but not being fulfilled.

“It is absolutely absurd that Americans are paying contractors to guard metal gates that President Biden refuses to install because he wants to ‘study’ the wall,” said Lankford. “Stubbornly refusing to spend money approved for the wall is not ‘executing’ the law. It’s ignoring the law and ignoring the very real national security concerns posed by illegal entry across our very open southern border.

“President Biden is paying professional construction contractors to babysit metal to the tune of $2 billion and counting, while at the same time we’ve seen a 20-year high number of migrants crossing our open border,” Lankford said.

“I think it’s a matter of where does she stand on securing the border, and the [border] crisis? I mean, unfortunately there, it’s not a safe situation down there for children,” Ayotte said.

The border was part of the 2016 campaign between Ayotte and Hassan when the latter won the seat by just over 1,000 votes out of more than 700,000 cast. Ayotte attacked Hassan’s soft-on-border-security stance despite the Republican’s support for the so-called “Gang of Eight” amnesty proposal in 2013.