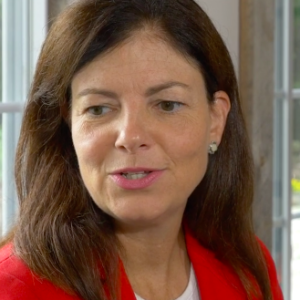 Ayotte: I Will Not Be Questioning Kavanaugh’s Accuser

New Hampshire’s former U.S. Senator Kelly Ayotte says she will not be questioning Judge Kavanaugh’s accuser during Thursday’s scheduled Senate Judiciary Committee hearings, despite media reports suggesting she might fill the role of outside counsel.

“I just spoke with Senator Ayotte and she said that she is not doing the questioning of Dr. Ford,” former NH GOP chair Jennifer Horn told NHJournal. “Sen. Ayotte says it is merely a rumor,” Horn said.

On Monday, the Daily Beast reported: “Two Republican Senate sources confirmed that Ayotte is being considered as a potential candidate to question Christine Blasey Ford, who has accused Kavanaugh of sexually assaulting her at a high-school house party in the early 1980s.”  However, multiple media reports and a letter from Dr. Ford’s attorney now indicate that Sen. Charles Grassley, chairman of the Judiciary Committee, has chosen instead to bring in “an experience sex-crimes prosecutor.”

“In our view, the hiring of an unnamed ‘experienced sex crimes prosecutor’…is contrary to the Majority’s repeated emphasis on the need for the Senate and this Committee’s members to fulfill their constitutional obligations,”Ford’s lawyer, Michael Bromwich wrote in a letter to Grassley. “You said in your letter that you intend to provide a ‘fair and credible process’ that provides Dr. Blasey Ford ‘fair and respectful treatment.'”

Ayotte, a moderate Republican woman who served as New Hampshire Attorney General, had been mentioned as a possible outside counsel to question Dr. Ford since the GOP began floating the idea last week. Republicans are concerned about the political optics of an all-male group of senators interrogating an alleged victim of sexual assault.

The battle over Kavanaugh’s confirmation continues to get more heated, and there is speculation that the letter from Dr. Ford’s attorney may mean that her willingness to appear before the committee is still in doubt.

Meanwhile, President Trump has began speaking out on the case more openly, raising doubts about the claims against Judge Kavanaugh.

“The second accuser [Deborah Rodrigez] has nothing,” Trump told reporters after his speech at the United Nations on Tuesday. “She admits that she was drunk.”

The president also seemed to dismiss the idea that the allegation, if true, is disqualifying.  “Oh, gee, let’s not make him a Supreme Court judge because of that,” the president said in a sarcastic tone.