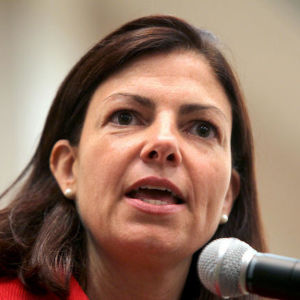 During their televised debate Monday night, both state Senator Dan Feltes and Executive Councilor Andru Volinsky said they supported commuting Addison’s death penalty to life in prison, claiming without evidence that there is some evidence the career criminal and murder was the victim of “systemic racism.”

Ayotte, who served as New Hampshire Attorney General at the time Manchester police officer Michael Briggs was murdered and was personally involved in Addison’s prosecution, was not impressed.

“Today I watched the tape of the Democrats Gubernatorial Debate between Dan Feltes and Andru Volinsky,” she said in a statement. “It is extremely disturbing that both said they would commute the sentence of convicted cop killer Michael Addison who murdered heroic Manchester Police officer Michael Briggs in cold blood.

“Addison is a career criminal who had committed multiple armed robberies the week before he shot Officer Briggs in the head.  Addison was convicted by a jury of his peers and his conviction was upheld by the New Hampshire Supreme Court. At a time when law enforcement officers are facing increasingly dangerous situations on a daily basis, our leaders should be standing against violence directed at our police officers, not commuting the sentences of convicted cop killers.

“It is clear that neither Andru Volinksy nor Dan Feltes appreciate the difficulty and danger our police officers face when they put their lives on the line every day to keep us safe.  I commend Governor Sununu for standing with law enforcement in N.H. and stating clearly that he would never commute Michael Addison’s sentence,” Ayotte said.

In response to the Democrats’ statement, Sununu told NHJournal: “I will never support commuting the sentence of a convicted cop killer like Michael Addison. I heard that clip [from the debate]. I was quite shocked by it. I think everybody in Manchester should be quite shocked by it.”