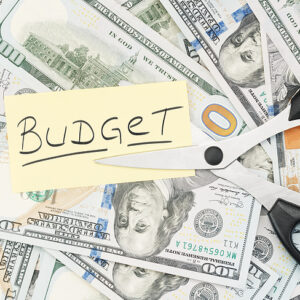 In 1993, the voters of the city of Nashua adopted a spending cap. If any Nashua residents are surprised to just be learning out about it, I wouldn’t blame you – especially if you’ve looked at your property tax bill lately. Over the past few years, city spending has grown and grown and, as a result, our property taxes have gone up and up to pay for it.

The spending cap was put in place to protect the taxpayers from spendthrift politicians who don’t know when to say no. It’s meant to keep our property taxes down so that young families can afford to buy a first home and seniors are not forced to sell the home that they have spent decades in.

So, what happened to that spending cap?

The simple answer is the politicians chose to ignore the will of the voters. Big tax and spenders, like Mayor Donchess, who has shown himself to be an ardent opponent of the spending cap, have argued that the spending cap is unenforceable in its current form, and therefore believe that they are justified in just ignoring it. And that’s exactly what’s been done for far too long.

This year, in the state legislature we did something about it. SB 52, a bill that I sponsored, will put the teeth back into spending caps throughout New Hampshire. It will clear any doubt about the enforceability of the caps and hopefully keep the issue out of the courtrooms for good.

I am proud to say SB52 cleared both chambers of the legislature and was signed into law by Governor Chris Sununu.

I can’t tell you how overwhelming the response was from property taxpayers in support of this bill, and all our other efforts in the Republican-controlled Senate to lower property taxes.  At the various committee hearings, we heard from scores of Granite Staters that are tired of the yearly property tax increase. The legislature took notice and we’ve given a voice back to the citizens.

Of course, property taxes are not on the rise solely because some municipal officials have chosen to ignore the spending caps, but SB 52 is a good first step, towards both lowering our property taxes and restoring the faith of our constituents on this issue.

Voters have been screaming for property tax relief for decades now and all they have heard back is excuses and finger-pointing. SB 52 being signed into law is a major victory for the property taxpayers of Nashua and all the other towns that have had their spending caps ignored.