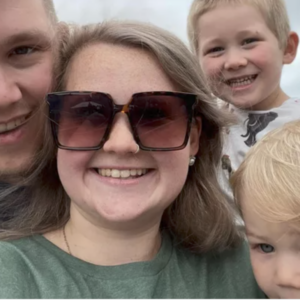 It took less than a week for August to bring five homicides to New Hampshire, pushing the 2022 death toll higher than the typical yearly total with five months left to go.

Granite Staters are unnerved, not just by the number but the nature of the killings as well. Already in August, five more people have been killed, including two children in a Northfield triple homicide.

There have been 22 homicides recorded this year, well above the annual five-year average of 18. In the past week alone, a Northfield mother and two of her children, Kassandra Sweeney, 25, and Benjamin Sweeney, 4, and Mason Sweeney, 1, were found shot in the head in their Weathersfield Drive home. There have been no arrests and police have not named a suspect.

In Nashua, 53-year-old Lee Knoetig was allegedly shot and killed by 19-year-old Alexander Wheeler outside a gas station on Friday night.

Also on Friday, Julie Graichen, 34, was found dead of a stab wound in her Kinsley Street home. Miguel Ramirez, age 30 of Nashua, has been charged with second-degree murder.

And then there is the ongoing mystery of the deaths of Stephen and Desjwende Reid, their bodies found on a Concord trail in April. Little progress has been made since. On Friday, the New Hampshire Attorney General’s Office was again pleading with the public, this time to help identify a “person of interest.”

New Hampshire has consistently enjoyed one of the lowest homicide rates in the nation. But that appears likely to change this year. Another change, as evidenced in the case of the Sweeney brothers, is the uptick in murders of children. The grim trend can be traced back to the beginning of the COVID-19 pandemic-enforced lockdowns.

Since they started, eight New Hampshire children have been killed in homicides — not including a 15-day-old infant whose death is being investigated as suspicious. And New Hampshire law enforcement continues searching for Harmony Montgomery who went missing from her allegedly abusive Manchester home more than two years ago and has not been seen since.

“I think we’re battling a lot with COVID,” Sanchez said. “A lot of high stress and the isolation period with COVID, and we’re now trying to get back to some kind of normalcy, which isn’t normal at all.”

Child safety workers with New Hampshire’s Division of Children Youth and Families were unable to get into the homes of children where abuse and neglect were suspected during long stretches during the pandemic shutdowns. Sanchez said that’s improved in recent months, but there are many holdovers from the crisis that will be seen for years to come.

The lockdowns and isolation have created a social/emotional developmental gap for many children, similar to the learning gap children are suffering from because of the lockdowns closures. It could take years to deal with the increased need for treatment, and the current lack of resources, Sanchez said.

At least three of the children killed or reported missing during the pandemic had contact with DCYF before their deaths — Manchester’s Mason Tremblay, 2, who was reportedly killed by his mother, Mercedes Tremblay, 25, before she killed herself; Elijah Lewis, 5, the Merrimack boy who was missing for a month before authorities were called. His body was eventually found in the woods in Massachusetts and now his mother, Danielle Dauphinais, 35, is currently charged with his murder. And Harmony Montgomery’s father, Adam Montgomery, is currently charged with assaulting the child before she went missing.

Montgomery’s family was designated as high risk by DCYF during home visits in 2019, but case workers failed to track her down after learning she was no longer living in the same house in early 2020. It also took DCYF workers several months to disclose that the child was missing.

The DCYF failure to protect Harmony Montgomery is reminiscent of the failures that led to the murder of Nashua’s Brielle Gage in 2014. She was 3 when her mother, Katlyn Marin, beat her to death over a late-night snack the child took. Brielle Gage had been removed from her mother’s care a dozen times by DCYF before the murder because of the mother’s abuse. But in each instance, the agency returned the child to Marin.

The girl’s father, William Boucher, eventually settled a lawsuit with the state over the lack of protection for his daughter. The Gage case, and other high-profile DCYF failures, forced then-Gov. Maggie Hassan to initiate a third-party review of the agency that found it regularly failed to protect children, with managers forcing caseworkers to record abuse cases as unfounded and close them — despite evidence of abuse and neglect — in order to report better rates of closure.