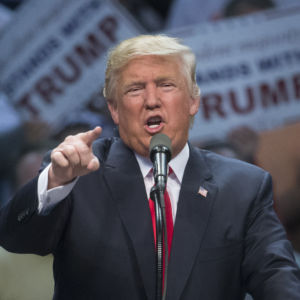 If you were wondering why Republicans like Ohio governor John Kasich, Arizona Senator Jeff Flake, and commentator Bill Kristol keep appearing in the Granite State,  polling by American Research Group has your answer.

In a new survey of likely GOP primary voters in New Hampshire, President Trump has a narrow 48-42 percent lead over Kasich, and is underwater 35-57 percent among “independents” (those whose voter registration status in “unenrolled”) who vote in the GOP’s POTUS primary every four years.

While Trump fares much better against Sen. Flake (49-33 percent), he still can’t quite break the 50 percent mark. This is not good news for an incumbent president vs a would-be candidate whose been attacking his own party for the past several months–most recently in NH at a “Politics and Eggs” event at St. Anselm College’s Institute of Politics in March.

As Buzzfeed notes, ARG gets a “gentleman’s C” for accuracy from the numbers-crunchers at FiveThirtyEight.com, “but correctly forecast Trump, Kasich, and Texas Sen. Ted Cruz as the first-, second-, and third-place finishers in 2016’s New Hampshire primary, respectively, missing Trump’s and Cruz’s vote shares by roughly 2 percentage points and Kasich’s by 1.”

Gov. Kasich was in New Hampshire at New England College Tuesday night. He spent the day talking to the media–as well as supporters from his 2016 bid and possible political allies like Gov. Chris Sununu.

#NeverTrump leader Bill Kristol will be speaking at St. Anselm College in May.