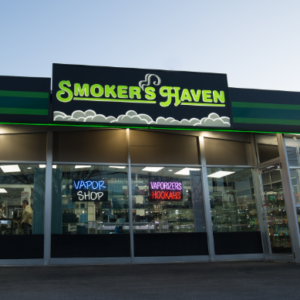 Earlier this year, two New Hampshire Democrats pushed legislation to ban the sale of e-cigarettes in the Granite State.

As the coronavirus crisis continues across the border in Massachusetts, where more than 2700 people have died,  Attorney General Maura Healey issued an official statement claiming that vaping may increase the health risks of COVID-19.

“We know vaping may put people at higher risk,” Healey said. “We wanted to get the word out and to make sure people understood that.”

However, the available evidence indicates the opposite: If instead of attacking e-cigarette technology, anti-tobacco activists like Healey had worked to convince more smokers to switch, there might be fewer coronavirus-related deaths today.

That’s the view of Dr. Michael Siegel, professor of community health sciences at the Boston University School of Public Health.

“It’s absolutely true that if more public health activists had embraced e-cigarettes instead of opposing them and more smokers had been encouraged to switch, there would be less mortality from COVID-19 today,” Siegel told InsideSources. An estimated 2.5 million smokers have given up traditional cigarettes for vaping and other similar technologies.

Siegel has spent much of his career working to reduce smoking and is no friend of Big Tobacco. At the same time, he embraces the “mitigation over prohibition” model for reducing tobacco use. Anti-tobacco prohibitionists — hoping to get every smoker to “just say no” — are fighting an unwinnable battle, Siegel said.

“What people need to understand is that smoking is such an addictive behavior, and it’s not just the nicotine. It’s the psychology as well. In the middle of a pandemic when people are under so much stress, asking these people to just quit cold turkey is ridiculous,” Siegel said.

Pointing to claims that smoking and vaping can make coronavirus symptoms worse, some anti-tobacco activists are advocating limits, or even outright bans, on vaping products.

Earlier this month, Rep. Raja Krishnamoorthi, chairman of the House Subcommittee on Economic and Consumer Policy, sent a letter to the Food and Drug Administration (FDA) asking the agency to “clear the market of e-cigarettes for the duration of the coronavirus pandemic.”

The New York State Academy of Family Physicians has joined the call for a vaping ban, while other anti-tobacco groups like the Campaign for Tobacco-Free Kids and the Truth Initiative have been advocating restrictions on e-cigarettes for years.

Their efforts create the impression that the risks from traditional cigarettes and e-cigarettes are comparable. And that, Siegel argues, is a dangerous message.

“There is no evidence for the claim that e-cigarette use has a significant impact on coronavirus patients, that’s just speculation,” Siegel said. Even the Boston Globe, a political ally of AG Healey’s, acknowledges, “there is, in fact, no data showing whether vaping increases the severity of COVID-19, because no one has gathered the information.”

Dr. Sally Satel, a visiting professor at Columbia University’s Irving Medical Center, concurs. “There is no evidence that vaping causes ‘interstitial lung disease,’ or fibrous scarring. Hundreds of thousands of former smokers have been vaping for at least 10 years to date without evidence of meaningful injury to their lungs,” she writes. “Over the longer-term, it must be said, vaping might cause impairment in lung function — though surely less injury than had vapers continued to smoke.”

Even supporters of vaping restrictions acknowledge that there is little research involving the novel coronavirus.

When NYC Mayor Bill de Blasio said “smoking or vaping” contribute to the impact of the coronavirus, Italian medical researcher and former president of the Italian Anti-Smoking League Riccardo Polosa tweeted, “Where is the evidence? Stop placing smoking and vaping on the same level. Get your facts straight, Mayor!”

Conflating the risks of smoking and vaping is both bad science and discourages smokers from making the switch, health professionals like Siegel argue.

“The impact of smoking on the body’s ability to heal is so significant that most surgeons insist their patients quit prior to surgery because they know that smoking inhibits healing and increases the susceptibility to infection,” Siegel said. There’s no evidence of any similar health impact from vaping.

If anti-tobacco groups are right about the deadly impact of coronavirus on smokers, then their goal should be to get as many smokers to stop as possible. And a CDC study found that “substituting some cigarettes with e-cigarettes was used by a greater percentage of smokers than the nicotine patch, nicotine gum, or other FDA-approved cessation aids.”

Siegel makes the case more starkly: “In retrospect, the focus on fighting against e-cigarettes looks terrible. Imagine if, instead of 2.5 million former smokers who made the switch, we were in this coronavirus pandemic with 3 million, 4 million, 5 million ex-smokers. There’s no doubt we would be in better shape today.”