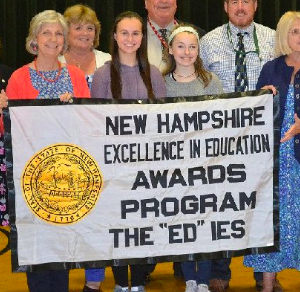 Another Top 10 Ranking for NH Schools, Another Blow To NHDems Pushing Tax Hikes

A new report putting New Hampshire public schools near the top of national rankings (yet again) is good news for parents, students, teachers and taxpayers. In fact, it’s good news for nearly everyone.

Except for New Hampshire Democrats.

According to data-crunchers at WalletHub, New Hampshire has the seventh-best school system in America. This analysis is hitting at the same time that Granite State Democrats, led by Senate Majority Leader (and probable 2020 gubernatorial candidate) Sen. Dan Feltes are waging a political war against Gov. Chris Sununu over his decision to veto the state budget. Democrats argue that Sununu should accept the business tax increases and 13 percent spending hike in the Democrats’ budget because the state needs their proposed $138 million in new school spending.

Republicans — and at least one Democrat — have raised concerns that this surge in education spending today could create a structural deficit tomorrow, one that would require even higher taxes or spending cuts.

The real question is why Democrats believe that tax increases are necessary for one of the best-performing and highest-spending school systems in America?

For years, New Hampshire has consistently ranked as one of the top states for student performance. In fact, compared to other recent analyses of New Hampshire schools, WalletHub’s seventh-place national ranking is actually low, in part because it weights non-merit-based factors like polls of parents and local gun laws, etc.

In the latest National Assessment of Education Progress (NAEP) testing, for example, New Hampshire eighth graders ranked third in the nation in both math and reading.

Meanwhile, education spending in the Granite State has jumped nearly 40 percent over the past decade, from $13,851 per pupil in 2008 to $18,991 in the 2017-18 budget, an increase of more than $5,000 per student. The governor’s proposed budget would increase the state’s per-pupil spending even more — by an additional 3 percent.

And Democrats are going to the mat for tax increases to spend even more? On schools that are already excellent?

Actually, the Democrats’ political position is even more perilous due to New Hampshire’s demographics. To put it bluntly, Granite Staters are getting old. New Hampshire has the second-oldest population in the U.S. (between Maine and Vermont) with a median age of 43.1. The median age for the U.S. is just 38.

The average age is getting higher, in part, because the number of school-age residents is declining. While public school enrollment in the U.S. has risen slightly since 2010, average daily attendance in New Hampshire schools fell by more than 8 percent over that same period. There are simply fewer students for taxpayers to educate, and that decline is expected to accelerate over the next decade.

Who is likely to get a higher grade from New Hampshire taxpayers?