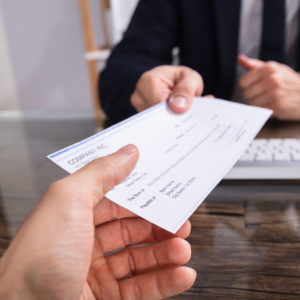 Another Media ‘Miss’ on Minimum Wage

The New Hampshire media kicked off the New Year with articles bemoaning New Hampshire’s lack of a state-mandated minimum wage. “NH’s minimum wage stands out as lowest in New England,” was the SeacoastOnline’s headline. At NHPR, it was “Between Massachusetts And New Hampshire, Gap In Minimum Wage Tops $6.”

And like so much Granite State media coverage of the issue, it misses the most significant fact about income, wages and poverty in the Granite State: Income is high and poverty is low — without a minimum wage.

More to the point, in 2019 New Hampshire had both no minimum age and the lowest poverty rate in the U.S.

New Hampshire doesn’t have a state minimum wage law, thanks to Gov. Chris Sununu’s veto pen. As a result, the state defaults to the federal minimum wage of $7.25.

But New Hampshire also has the eighth-highest median household income in the country and the third highest in New England. Advocates of increasing the minimum wage sometimes push back on this number, saying it includes income for retirees and investors, not just wages.

The lowest poverty rate, among the highest incomes and above-average wages. All without a minimum wage, and none of these facts are. mentioned in these new reports.

Credit to the Seacoast article for at least including a basic fact almost never reported in these stories: the number of Granite Staters who actually work for minimum wage: 8,000, or 0.01 percent of the state’s workforce.

Several of the business owners quoted in that story noted that not only do they pay more than minimum wage, but they don’t know any employers who pay $7.25 an hour.

“I really don’t,” said Karen Weston, Dover’s former mayor and the former co-owner of Janetos Market. “You pay more than the minimum wage because you have to take and do what the market bears.”

So if nobody works for minimum wage, and the market is already paying well above it, and you’ve got the lowest poverty rate in the country — what’s the point of highlighting the issue?

“Fight for $15!” is a popular progressive slogan. The facts, particularly in New Hampshire, show the fight for higher wages has already been won — and without a government mandate.