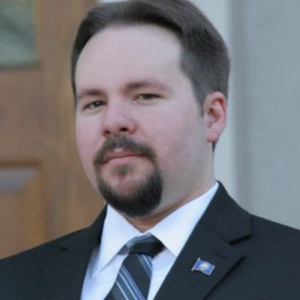 ANALYSIS: Why Did 153 NHDems Vote to Keep Secession Bill Alive?

When state Rep. Timothy Smith (D-Manchester) took to the floor to debate a constitutional amendment for New Hampshire to secede from the union, he was visibly upset by the notion.

“This is a bill to destroy the United States … that is beyond shameful, that is beyond disgraceful, and it is a stain on the entire state that we have to entertain this,” Smith said.

Acting Democratic Minority Leader David Cote (D-Nashua) said he, too, was distraught that the House was being forced to even take up the matter.

“The fact that this bill was even debated on the floor is a disturbing window into the current state of the Republican Party,” Cote said.

Which is odd, given that just minutes earlier, Smith and another 152 Democrats in Cote’s delegation voted to keep the secession bill alive and bring it to the floor for a vote. In fact, virtually every Democrat voted to “entertain” the bill rather than table it.

If there has ever been any support in the State House for this legislation — technically CACR 32, “PROVIDING THAT: the state peaceably declares independence from the United States and proceeds as a sovereign nation” — it’s been invisible.

Under House rules, every bill that is offered must get a committee hearing. CACR 32 came out of the State-Federal Relations and Veterans Affairs Committee with a 21-0 vote of “inexpedient to legislate” (in plain English, “Kill this now!”)

Republicans wanted to immediately dump the bill onto the consent calendar, effectively killing it. But they couldn’t, because Democrats objected.

On Thursday, in session back in Representative’s Hall for the first time since the COVID pandemic struck, Republicans voted nearly unanimously to table the bill, essentially killing it (again) without a debate.

“I believe it is unconstitutional and embarrassing to get up here,” conservative firebrand Rep. Al Baldasaro (R-Londonderry) said. “We are Americans and we should stand tall.”

But the vote to table the secession bill failed, thanks to 17 Republicans, mostly extreme libertarians. Oh, and with a little help from 153 Democrats and independents who joined the secessionists in voting to bring the bill to the floor for a full debate and vote.

Only one Democrat, Rep. John Bordenet of Keene, joined the 161 Republicans and voted to table the legislation.

And then, having succeeded in overriding Republican efforts to kill the measure, Democrats took to the floor of the House…and attacked the Republicans.

Actually, Democrats have been attacking Republicans over this legislation — which was sponsored by just seven members and in the end received only 13 of the GOP’s 207 votes — for weeks. “Republicans Lament Logistical Hurdles to Seceding From America,” read one N.H. House Democratic press release.

The legislation has gotten some national media attention, most of it embarrassing. But if anything, the 323-13 vote shows that, as divided as Americans are, there is no serious thought being given to dividing the United States.

Democrats claim the fact that even one member of their party supports such an extreme measure is an indictment of the GOP. Republicans respond that at least as many members of the Democrats’ caucus support the #DefundthePolice movement — including a member sitting on the House Criminal Justice Committee right now.

It could be argued that New Hampshire Democrats, who voted for a bill and then decried its support among Republicans who voted against it, engaged in the sort of cynical partisanship that feeds that division.

Then again, it could also be argued that, were the tables turned, Republicans wouldn’t hesitate to do the exact same thing.

CORRECTION: An earlier version of this story reported that Acting House Minority Leader David Cote voted against tabling the secession bill with his fellow Democrats. Cote has not attended a House session since the COVID pandemic began and has not cast a vote since 2020.