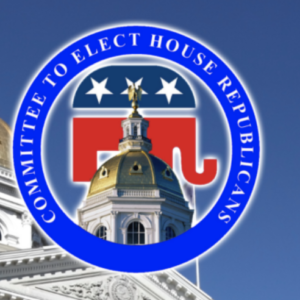 Two new polls from the New Hampshire Institute of Politics and another from the National Republican Senatorial Committee show that Democrats aren’t just facing a brutal congressional map next year. The issues on the minds of voters aren’t breaking their way, either.

Most of the coverage of the latest NHIOP poll has focused on the horserace numbers. Sununu’s job approval has fallen from 72 percent in February to 56 percent today, but he’s still leading Sen. Maggie Hassan in a head-to-head 46-41. That’s because her approval has fallen to a dismal 44 percent. But that’s better than her fellow Democrats, Reps. Annie Kuster and Chris Pappas.

“Congressman Chris Pappas (42%-46%) and Congresswoman Annie Kuster (40%-46%) are in negative territory for the first time in the history of this poll, said NHIOP’s Executive Director Neil Levesque.

Pollsters point out that all incumbents are struggling thanks to the high 68 percent “wrong track” polling number. Americans are in a lousy mood, but that could change. But even if it does on the issues voters care about, Democrats are on the wrong foot.

Take education, usually a winner for Democrats. Just promise to spend more money and hire more teachers, and Democrats take the advantage. But the education issues now aren’t salaries and spending, but rather COVID restrictions and curriculum. And a new poll of suburban voters across 37 states (including New Hampshire) shows that independent voters oppose Critical Race Theory in classrooms by a 57-30 percent margin. Republicans oppose it 89 to 8 percent.

While the poll is sponsored by the National Republican Senatorial Committee, the trend matches recent public polls.

Another issue is vaccines, where Democrats believe they have the upper hand. On the issues of the science and whether people support getting the shots, they probably do.

But check the NHIOP number on support vaccine mandates: a narrow 52-46 percent majority actually opposes vaccine mandates in New Hampshire. And vaccines for young children poll even worse. Just a third of American parents say they will get their children under age 11 vaccinated right away.

Then there’s the issue of the economy. Only 37 percent of Granite Staters want the “Build Back Better” multi-trillion-dollar spending package to pass, while 40 percent would like to see both spending bills killed. The NNRSC’s poll of suburban voters finds them almost evenly on whether the social spending plan will hurt or help the economy, 47 to 44 percent.

Why wouldn’t voters want D.C. to shower them with government goodies? One word: Inflation.

In a new CNBC poll, “inflation now ties with the coronavirus as the biggest concern for Americans, up 16 points from the prior survey,” they report. In the NHIOP poll, 61 percent of Granite Staters said they are extremely/very worried about inflation.

Among suburban voters, 65 percent agreed with the statement: “excessive government spending and debt is hurting middle-class families right now because it is causing inflation, which means gas, groceries, and everything else costs too much.”

An electorate that’s upset about inflation, doesn’t want a massive spending bill and believes D.C. dumping money is driving prices through the roof is not one that’s a natural fit for the current Democratic Party.

And that’s without adding in energy policy, with gas prices and heating costs soaring at the same time Democrats talking up Green New Deal policies and shutting down pipelines.

So, where’s the Democrats’ winning issue? Based on the campaigning thus far, they believe they have two: Donald Trump and abortion.

In New Hampshire, the abortion issue has limited utility. As powerful as the current TV ads attacking Sununu are, they have a fatal flaw: They’re fundamentally false. Telling people Sununu signed “the most restrictive abortion law in New Hampshire history” is powerful– until the GOP spends their millions telling those voters that “restrictive” law allows unlimited abortions for any reason for the first six months of a pregnancy.

That position is far more popular than Sen. Hassan’s support for abortion on demand, without restrictions, up to the day of birth.

And while Donald Trump is unpopular in New Hampshire, he’s no more unpopular in the latest UNH poll than President Joe Biden. Biden’s numbers are so bad, it’s hard to see how they get much lower. His current polling average is 42 percent approve/52 percent disapprove. As Gallup reports:

“Currently, 34% of independents approve of the job Biden is doing, the lowest of his term to date. His approval among independents has fallen a total of 21 points since June, including nine points since August.”

If the election were held today, Democrats couldn’t talk about the economy, or inflation, or energy costs, or the job market. Foreign policy = “Afghanistan,” so that’s out.  And not only is the border a policy dumpster fire, but Democrats have tried three times to sneak an amnesty into the Build Back Better bill.

If they do, and Sen. Hassan votes for it, she’s essentially announcing her retirement from the U.S. Senate.

And so the question remains: When Democrats run next year, what issues will they run on? “Republicans are crazy racists” may work, but “Democrats are tax-and-spend socialists wackadoodles and their president can’t stay awake through an episode of Matlock” isn’t bad, either.

More and more, 2022 is driving towards the Democrats’ worst nightmare: A traditional midterm election where the party in power gets “shellacked,” as President Obama put it in 2010.

The midterms are still a year away and anything can happen. But the current polls could hardly be breaking better for the GOP.