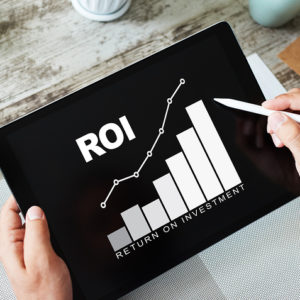 A new analysis of taxes, spending, and government efficiency finds that New Hampshire taxpayers are getting the best tax-dollar “return on investment (ROI)” in the nation.

WalletHub employed an expert panel to analyze 30 metrics of the quality and efficiency of state-government services across five categories — education, health, safety, economy, and infrastructure/pollution — and taking into account the drastically different rates at which citizens are taxed in each state.

“New Hampshire taxpayers have the highest ROI. This is because the state’s residents pay the second lowest taxes overall, about $2,300 per person, and benefit from quality government services. This translates to a safe state, with high-quality health care services and a strong economy. In short, New Hampshire residents get the most bang for their buck,” WalletHub senior analyst Jill Gonzales told NHJournal.

Interestingly, New Hampshire is one of only three “blue states” in the top 2o, along with Colorado and Virginia.  The rest of the top-performing taxpayer ROI states were carried by Donald Trump in the 2016 election.  In fact, WalletHub found that red states had a far higher average taxpayer ROI than their blue counterparts. 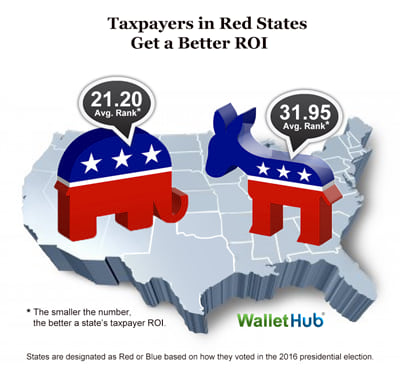 New Hampshire has consistently outperformed the U.S. in economic performance, employment levels and household income since Gov. Chris Sununu took office in 2017 and, with the help of a GOP-controlled legislature, implemented a series of business tax cuts and regulatory reforms.  Sununu supporters argue that the Granite State’s success is a sign that this approach is working and New Hampshire should stay the course.

“New Hampshire has a roaring economy, lowest unemployment, rising average income, and net migration into the state,” Ray F. Chadwick, Chairman of Granite State Taxpayers, told NHJournal.  “These all result from policies that promote freedom for our citizens and take less of their resources for running government.”

New Hampshire Democrats, however, have made raising taxes a key part of their policy agenda since taking control of the state legislature last November. According to analysis from NHJournal, as of mid-March, NH House Democrats had given preliminary approval to nearly $310 million in tax and fee increases over the next four years, and more than half a billion dollars in new spending. This is almost certain to drive down New Hampshire’s taxpayer ROI value.

“There’s a long history in New Hampshire of keeping things local, of limiting government,” Taylor Caswell, Commissioner of the N.H. Department of Business and Economic Affairs told NHJournal. “I’ve worked with other states and at the federal level and nowhere have I seen the level of dependence on multiple stakeholders working with common cause as here in New Hampshire.”

“Plus, we have no sales tax, no income tax, and no capital gains tax. And what you don’t collect, you can’t spend,” Caswell said.