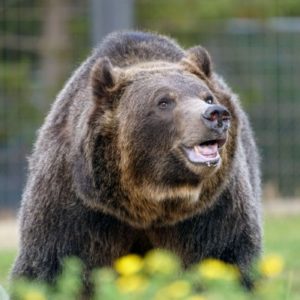 It’s an old joke everybody knows.

Two hunters are sitting by the fire when suddenly a bear comes crashing out of the woods toward them. One hunter runs, the other starts changing from his hunting boots and into his sneakers. “Are you crazy? You can’t outrun a bear,” the first guy says. To which his friend replies, “I don’t have to outrun the bear. I just have to outrun you.”

That’s all the strategy the New Hampshire GOP needs to win next year’s U.S. Senate race.

In the 48 hours since Gov. Chris Sununu dropped his bomb on the D.C. GOP and announced he’ll seek a fourth term as governor rather than challenge Sen. Maggie Hassan, Granite State Republicans have been scrambling to find another Sununu. Every potential GOP nominee gets measured by that standard. And, not surprisingly, they all fall short. It’s simple math: The total supply of incumbent governors in any given state is “one.”

Nobody else, Republican or Democrat, has the name ID, the approval rating, or the bipartisan appeal of Chris Sununu. That’s the bad news.

The good news is, Republicans aren’t running against Chris Sununu. They only have to beat…Maggie Hassan.

She’s not the “bear.” She’s just the person they have to outrun.

There’s a lot of wishcasting on both sides of the aisle when it comes to Hassan’s strength. Republicans are wrong to overlook the power of incumbency. Throwing around $1.5 billion in “free” infrastructure money can buy a few friends. She has 100 percent name ID, and she’ll get plenty of favorable coverage from the partisan press like NHPR, the Concord Monitor, etc.

Setting aside the fact that finding Hassan live and local in New Hampshire is harder than spotting Bigfoot, “The most vulnerable Democrat in the Senate” is a label she got from the liberal Boston Globe, not a GOP press release.

In the latest St. Anselm/NHIOP poll her approval rating is down to 44 percent and her overall rating is -6. More significant, however, is that in February, shortly after President Joe Biden took office, she was +9 (49 percent approve/40 percent disapprove). That’s 15 points the wrong way, which tracks Biden’s Granite State numbers: +10 when he took office versus -12 today.

Like Sununu, who’s also seen his approval fall the past few months, Hassan’s approval is hurt by the fact that voters are grumpy. And with good reason. Americans were told to get their shots, and they did. But they’re still stuck with COVID.

Americans were told to vote out Donald Trump and end the divisive, extremist D.C. politics. They voted in “boring” Biden, but the extremism just changed directions.

And they were told that the “normal” economy was right around the corner. Instead, it’s inflation — a word most Americans only vaguely remember from their childhood — and at 30-year records. It’s empty store shelves and restaurants closing three days a week due to a lack of workers. Workers who just spent a year getting bonuses for not working.

The 2022 midterms were always going to be tough for Democrats. But unless there’s some fundamental shift in American politics, the right track/wrong track and “generic ballot” numbers today are worse than they were for the “shellacking” of 2010.

Republicans didn’t win 63 House seats that year because they had 63 Chris Sununus running flawless campaigns. They won because voters went to the polls and voted against every name with a “D” next to it they could find.

Once again, the disclaimer: A lot can happen in a year. There could be another COVID-level event. But assuming that what usually happens is what usually happens — in 1994, 2006, 2010, 2018, and today — Hassan’s race is over now. She’s already lost. She’ll get the “Generic Democrat” level of votes which, in a Red Wave, won’t be enough to win.

All Republicans have to do is nominate a competent candidate who’s acceptable to the “I’m not voting Democrat in 2022” majority. They don’t need a “Superstar” Sununu or “Rock Star” Reagan. This is a year when “Generic Republican” beats “Generic Democrat” every time.

Then again, the “monied class” candidates like Rich Ashooh and Phil Taub are fairly typical Republicans, too.

Commissioner of Education Frank Edelblut, who was considering a run for governor, is now looking at the U.S. Senate seat.

Former U.S. Rep. Frank Guinta has some baggage, as does former U.S. Senate candidate Bill Binnie. But can they re-hab their images? It’s definitely doable.

Matt Mowers could abandon his frontrunner status in the CD1 race, and he could probably be “GR” enough to win.

And there are plenty more.

The mistake Granite State Republicans could — and based on the rumor mill, are likely to — make is to pick someone in a panic based on money or name ID alone. Being rich didn’t hurt Glenn Youngkin, but his “I’m just an angry Dad like you” presence was worth far more than his portfolio.

A tip for the NHGOP: You pick a solid, sane (sorry, Gen. Bolduc) politically savvy GOP nominee, and the chance to defeat an incumbent Democrat will have Mitch McConnell and Co. raining D.C. money on you like a sailor at a strip club.

Don’t panic and grab a big-money life raft. Don’t get desperate about name ID. You don’t have to outrun the bear. You just have to outrun Maggie Hassan — and she’ll be stuck carrying Joe “38 percent” Biden every step of the way.