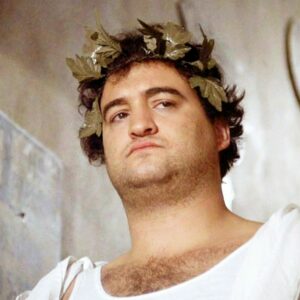 ANALYSIS: In NHGOP Primaries, The Fat Lady Hasn’t Even Warmed Up

No, New Hampshire Republicans, the primaries aren’t over. In fact, the real action is just starting.

Like a boxing match, a political campaign doesn’t get real until somebody gets punched in the mouth. And the gloves are about to come off.

Forget all the talk about the new “White Mountain PAC” dumping some $4 million into the race on behalf of state Sen. Chuck Morse. According to reports, the first ad is yet another positive Morse bio/issues spot, talking up border security and his endorsement by the National Rifle Association.

Does anyone really think Gen. Don Bolduc is the frontrunner because GOP primary voters don’t have enough reasons to say “yes” to Morse? Of course not.

It’s because nobody has given them a reason to say “no” to Don Bolduc.

For months, the rest of the field — Morse, Londonderry Town Manager Kevin Smith, and entrepreneur Vikram Mansharamani have been raising money and talking about themselves. And Bolduc’s share of the vote has steadily risen. And why not? He’s a Trump-style candidate in a Trump-friendly party. He’s on Fox News every week or so talking about military and security issues. And — not to be underestimated — 43 percent of the GOP primary electorate has already voted for him once before, in 2020.

Why shouldn’t Bolduc be winning? What has anyone done to stop him?

Some Republicans saw the UNH Survey Center poll with Bolduc at 43 percent and 20 points ahead of Morse and decided the race is over. Bolduc has it in the bag, and Morse will wind up a multi-million-dollar also-ran.

But who knows until someone hits the Bolduc campaign where it hurts — right in the base.

What happens when GOP primary voters start getting hit with messages that make their candidate look like a loser? When they see videos of him saying things that make them cringe?

If Bolduc is up by 20 and has close to half the vote, probably not much. He still wins, but by a smaller margin.

But Republicans in D.C. and New Hampshire almost uniformly agree Bolduc’s lead is significantly smaller. They are seeing tracking polls and internal campaign polls that have Bolduc’s support much closer to 30 percent than 40 percent.

For example, an internal poll from the Vikram for Senate campaign found Bolduc at 21 percent and Morse at 13 percent, with Vikram at 9 percent and Smith at 8 percent. It is a poll the Vikram campaign paid for and should be taken with a fistful of salt, but it matches the general trend NHJournal is hearing from other, unrelated sources. Bolduc’s winning, but he’s not dominating.

A front-runner who is at around 30 percent in the polls has no money for media and hasn’t been hit yet is hardly a front-runner at all. Shake a chunk of his voters loose, and suddenly the race is a free-for-all.

These same trends are at work in the Second Congressional District. Democrats are hitting George Hansel for not being conservative, but who is reminding voters of Bob Burns’ less-then-impressive record as a Republican candidate in the past? Or highlighting some of his more problematic public statements? Burns is also low on money. If negative ads move voters, he doesn’t have the resources to bring them back.

None of this is guaranteed, of course. Bolduc’s been campaigning non-stop for three years. He has met a lot of voters face to face. They may just like the guy, have a strong personal attachment that can’t be touched by attack ads.

But if they did, why have his numbers been so low the past year, even when he was the only candidate with any name ID?

Now it begins. The Senate and Second Congressional District will get what has been happening in the First District for weeks.

Matt Mowers, another relatively weak frontrunner with a name ID advantage, has been the target of both Karoline Leavitt and Gail Huff Brown. Leavitt in particular has been hitting Mowers hard via direct mail, and Gail has consistently pressed her attack on Mowers for voting in both the New Hampshire and New Jersey primaries in 2016.

Is anyone surprised the result is a competitive race?

Ironically, the insider thinking is that Bolduc and Burns are probably weaker than they appear, while Mowers is a bit stronger – though nobody is saying any of these races have been put away.

One last data point about the US Senate race. Sen. Mitch McConnell and his D.C. allies don’t have a ton of cash to waste on lost causes. McConnell needs every penny to rescue lousy candidates in Georgia and Pennsylvania, and he may have given up on Arizona altogether. The fact that D.C. donors will spend $5 million precious dollars on Morse means they have data showing the primary isn’t over and Hassan isn’t a lock.

To paraphrase that great political philosopher Bluto Blutarsky (“Over? Was it over when the Germans bombed Pearl Harbor?”) — nothing is over until somebody finally throws a punch.