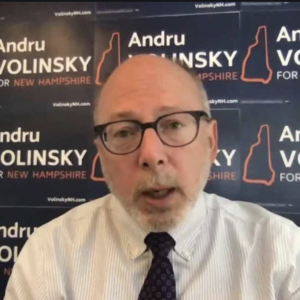 Executive Councilor Andru Volinsky’s made no secret of his willingness to support a broad-based statewide tax in the interests of economic justice. But Democrats who tuned into Monday night’s gubernatorial primary debate were probably surprised to hear Volinsky touting a plan for a statewide property tax.

That’s right: The candidate with “cut property taxes” on his yard signs is promoting a statewide education funding plan that would raise property taxes on about a third of the state.

It was one of the few surprises in the latest debate between Volinsky and state Sen. Dan Feltes. Debates aren’t Feltes’ forte, and he was generally outmatched the entire hour. From a pure performance standpoint, Volinsky likely won the entire debate in the last sixty seconds:

“This debate is about who stands up better against Sununu and Trump in the fall. Dan had some good policy initiatives, but Sununu completely thwarted them with his vetoes. By contrast, I sat across the table from Chris Sununu as an Executive Councilor. When he was right, I cooperated. When he was wrong, I was the persistent resistance to every wrong act he tried to take.”

Translation: Dan’s a loser, and I’m a winner.

Where Volinsky has struggled is on policy, in particular tax policy. He’s repeatedly acknowledged he’s open to an income tax, going so far as to say publicly he’d leave the income tax rate to the legislature.

However, many New Hampshire Democrats hear “wants an income tax” and think “wants to lose an election.” Volinsky, perhaps feeling the pushback, took the opportunity Monday night to promote a different approach: A statewide property tax. 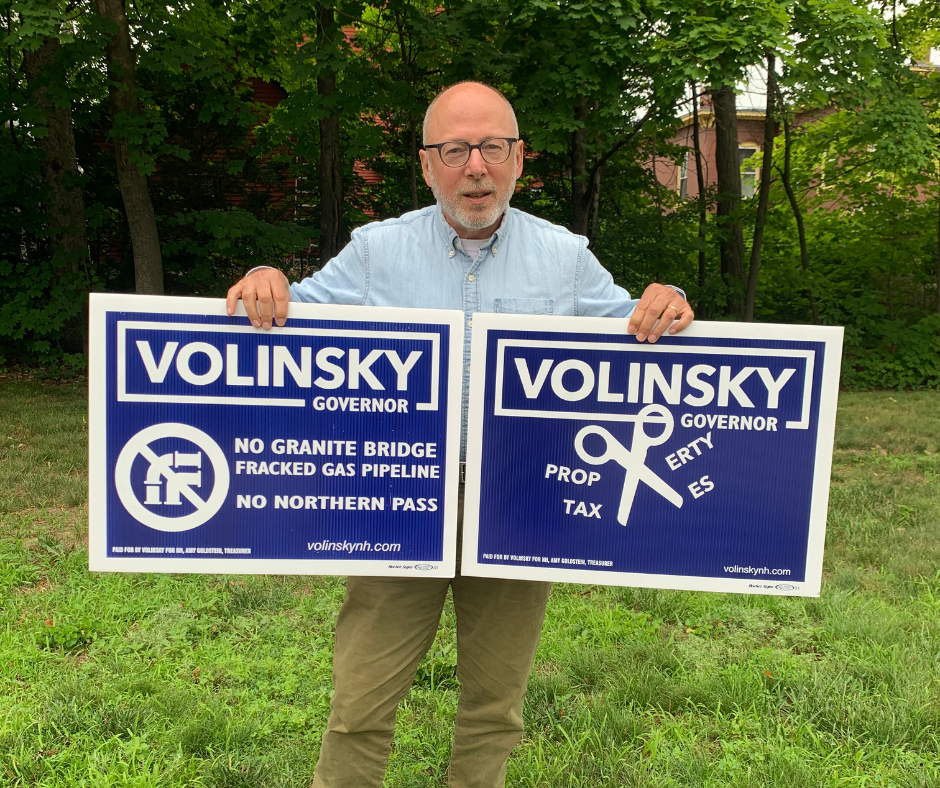 To say that Volinsky’s position on property taxes is “nuanced” is like saying Jerry Falwell, Jr’s position on sex outside marriage is “complicated.”

Which is why it was so striking when he said during the debate that New Hampshire’s school funding problems could be solved by… a statewide property tax.  He even touted a recent proposal from the Commission to Study School Funding that would raise about $1.4 billion for education through a flat, state property tax.

According to the study’s author, this plan would raise property taxes on about a third of the state’s communities, in some places “substantially.”

The plan also assumes that, in addition to this state education tax — which will be distributed around the state based on “need,” not who paid it — some cities and towns will choose to add local property taxes on top of the state tax to increase local school spending as well. This would make some of the tax hikes, particularly in high-performing, affluent school communities, even more “substantial.”

Volinsky’s been careful not to stake out a strong position on any one tax proposal — “not wedded to any one plan” is how the campaign talks about it — instead reiterating his goal of being economic equality to education funding.

How many Democrats are expecting a property tax hike from a Volinsky administration?

And then there’s the irony of Volinsky praising a plan written by the same Department of Education consultants he denounced as stooges of Betsy DeVos when they helped develop Sununu’s back-to-school plan earlier this summer.

“Tonight we heard from two very liberal Democrats running for Governor — both out of touch with New Hampshire — unabashedly support enacting a statewide income tax and commuting the sentence of Michael Addison, a convicted murderer who killed Manchester Police Officer Michael Briggs in 2006,” said Chris Sununu campaign manager Paul Collins after the debate. “Neither are prepared to lead our state.”