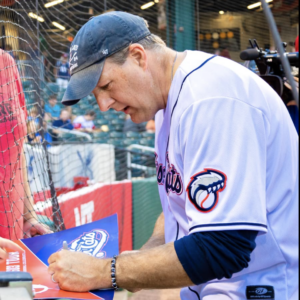 Gov. Chris Sununu talks about a potential U.S. Senate run like he’s got all the time in the world. “Later this fall,” he’s said several times about making a decision. “Maybe early next year.”

But while Sununu’s slow-walking his Senate plans and sipping cider on his Super 603 tour, Democrats aren’t sitting around. They’re hitting him — hard.

All four members of the congressional delegation — who have yet to hold an open press conference since the COVID-19 pandemic began, by the way — joined together to attack Sununu over abortion.

That abortion attack is being backed up right now by a seven-figure media buy from a progressive group hitting the “Sununu abortion ban.” The TV ad is tough. And it’s very effective.

But it’s not nearly as tough and effective at undermining Sununu’s standing as his fellow Republicans.

The Texas abortion ban which, unlike New Hampshire’s new law actually is an abortion ban, is pouring rocket fuel on the abortion issue fire, which in turn is being amplified by the national media. Every time a single legislator in a distant state files a similar bill, the TV talking heads start back up, right in the living rooms of Granite State voters.

The Sununu strategy on abortion — in fact the strategy of the entire NHGOP — is to just play past it. Curl up on the ground, take your kicks and tell yourself the damage will be minimal. The hardcore pro-choice voters will never vote for you, and the pro-lifers won’t vote against, so it’s a minor negative. Nothing major.

The problem is that, like the Second Amendment, abortion isn’t a vote about a policy. Sununu supporters are right that, on the details, he’s got the voters on his side. No restrictions of any kind for the first six months of pregnancy. No late-term abortions.

But that’s not what swing voters in Bedford see. Ads about abortion bans tell these college-educated suburban women, “He’s one of them.” And by “them” it means “hardcore, far-right GOP kooks.”

(The Second Amendment is the flip side of this: Sen. Maggie Hassan’s support for banning some of the commonly-owned rifles in America tells moderate men she’s a far-left AOC extremist.)

It doesn’t help Sununu when the top Republican on the House Finance Committee is currently talking to every reporter he can to confirm the party is crazy, spouting talk radio conspiracies that 90 percent of people hospitalized for COVID have the vaccine.

Team Sununu remains serene. Look at the polls, they say. Well, a new UNH Survey Center poll hit Thursday and it shows four months of plunging approval for the governor. He’s gone from around 70 percent to 57 percent approval this month. That’s the bad news.

The good news is Sununu is still +20 with all voters, while Hassan is underwater.

And Sununu’s sliding polls aren’t particularly unique. Big-name Republican governors in Texas and Florida, along with Democratic stars in Michigan and California (until the recall got serious) have seen their numbers steadily falling, too. Most analysis says it reflects the public’s frustration with the lingering impacts of COVID-19.

Six months ago when COVID looked like it was in the rearview mirror, governors were riding high. Now the debates over masks and vaccines are raging and their numbers are falling.

An even better example is Joe Biden. His support, such as it was, is vanishing before our very eyes. His numbers at this point in his presidency are worse than any other post-World War II president…except Donald Trump.

Biden’s got plenty of room to fall. There are no pro-Biden voters, just anti-Republican ones, and if progressives decide to bail he could hit George W. Bush post-Iraq polling territory. It’s likely Biden’s poll numbers will be more important in November 2022 than any abortion ads running today.

But maybe not. Who knows what the next 12 months of political twists and turns will bring? Can Sununu really afford to sit on the sidelines while Democrats dig a multi-million-dollar hole with suburban women voters? Can he let Democrats define him until December, then undo all the damage?

Ask President Mitt Romney how that strategy worked out.

And with Sununu on a West Coast swing, headlining a California GOP fundraiser, more New Hampshire Republicans are asking –What’s he waiting for, anyway?

Sununu’s excuses for not making a decision have always been weak. His claim that he’s trying to give Granite Staters a break from politics is hardly credible with millions in ads on TV and Democrats holding four-way pressers.

Instead, concerns are growing that Sununu has personal reasons for being reluctant to run and, despite Democrats literally declaring him a candidate, he may not get in the race. Just this week he repeated the confusing claim yet again that “there are plenty of people” to run against Hassan besides him.

A hint that he’s seriously considering sitting this race out?

If that sounds ridiculous, listen to Thursday’s radio interview with Sen. Rick Scott, the head of the National Republican Senatorial Committee and top candidate recruiter.

Scott rolls through the five or six other competitive U.S. Senate races like Arizona and Georgia, rattling off the names of the candidates who are running and the top-tier potential candidates he expects to run. But when he gets to New Hampshire, Scott stops.

“Everybody that knows Chris Sununu — please, give him a call,” Scott pleads, before admitting that, despite the good polling, “He has not told me he’s going to run, but I hope he does.”

Hope? The primary is in 11 months, and control of the U.S. Senate is down to “hope?”

The reality is Sununu’s in a Senate race right now, whether he wants to be or not.

It’s well past time to either suit up or hit the showers.