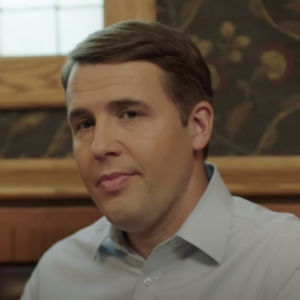 “False claims” is strong language for journalists writing a news story. At WMUR, news reports on Republicans questioning the 2020 results used the phrase “unsubstantiated claims about voter fraud.” At The Concord Monitor and Associated Press, their news coverage — not opinion — uses the word “lies” to describe comments by some GOP politicians regarding 2020.

So, how will those news outlets cover the claims being made by Democratic Sen. Maggie Hassan and Rep. Chris Pappas about their opponents’ position on abortion?

Since (at least) the first debates of the GOP primary cycle, hosted by NHJournal, both Bolduc and First District Republican nominee Karoline Leavitt have repeatedly said they support states making abortion laws for themselves and oppose a national abortion law.

And yet Hassan and Pappas are both spending hundreds of thousands of dollars on ads claiming the opposite.

“If Karoline Leavitt gets to Congress, she’ll pass a nationwide abortion ban even in cases of rape, incest or life of the mother,” Pappas’ campaign ad claims. According to the ad, the source of the claim is a May 10, 2022 interview with radio host Jack Heath.

In fact, Leavitt said the opposite in the interview.

“The overturning of Roe v. Wade just returns more power to the people of New Hampshire and allows our state legislature to pass and govern laws on the issue of abortion as they just did in the recent budget,” Leavitt said. “With the overturning of Roe v. Wade, none of my rights are going to be threatened. In fact, is just going to ensure that the people we elect at the state and local level make the decisions on this issue.

“I support the overturning of Roe v. Wade. I am a pro-life Republican, and I will always vote that way when I’m elected to Congress,” Leavitt added.

Leavitt made similar statements in all of the major debates of the GOP primary, beginning with the NHJournal debate. Asked directly if she supported federal legislation restricting abortion, Leavitt answered, “I support what our Founding Fathers intended for this country, that this is a state’s rights issue. That’s what I support.”

Leavitt took the same position in the final debate on WMUR as well.

The one candidate in the GOP NH-01 primary who supported a federal law, state Rep. Tim Baxter (R-Seabrook) called out Leavitt and the rest of the field for refusing to support a national abortion law.

That is the litany evidence the Leavitt campaign has presented that Pappas is, as NHPR might put it, making “false claims.” What’s the evidence on Pappas’ side?

The congressman and his campaign team declined to respond.

“Chris Pappas, no surprise, is already lying to fearmonger people to vote for him,” Leavitt told NHJournal. “But we’ve been very clear on this issue, it belongs to the state. And we’ll be calling him out for his lies in a debate.”

The situation is similar with Bolduc. In the NHJournal Senate debate, he called the Dobbs ruling “a necessary constitutional correction. It goes back to the states, that’s great.” In the final debate, he repeated that he does not support a national abortion ban and instead supports the New Hampshire law.

“I’m a definitive ‘no.’ I don’t support federal legislation, this is about the states,” Bolduc told NHJournal at the NHGOP unity breakfast event last week. “I agree with what the Supreme Court did. The federal government is in our business too much, and when they are in our business they screw things up.”

And yet Hassan told WMUR Sunday that Bolduc “would be a ‘yes’ for a national abortion ban.” She is running ads claiming he supports a federal ban “with no exceptions.” The Hassan ad references two sources. Neither were interviews regarding a federal election ban.

One is a May 9 WMUR interview about the leaked U.S. Supreme Court ruling in the Dobbs case. There are no questions or comments on the federal legislation issues.

“I am always going to default for a system that protects lives from the beginning to the end, and I don’t think I can comment on something I haven’t seen yet,” Bolduc said of the leaked SCOTUS opinion. “But what Granite Staters need to know is that I have a tremendous amount of compassion.”

The other citation is comments Bolduc made at a Dover Republican Committee meeting last December. Again, there were no questions about federal legislation or abortion bans. Instead, Bolduc described his overall values. “For instance, I’m unapologetically pro-life,” Bolduc said. “I’m not going to vote contrary to pro-life. I want to protect life from the beginning to the end.”

Asked for any quote, clip, or statement from Bolduc supporting Hassan’s claim, she and her campaign declined to comment.

“Those ads are untrue,” Bolduc said. “They have nothing else because they’ve done so many things wrong. They’re just going to keep lying and hope it influences people. It’s not going to work.”

Democrats have made abortion their number one topic — at least, what they say Republicans think about abortion. It is almost impossible to get Hassan and Pappas to acknowledge their own votes for unrestricted abortion in the weeks before birth, even for the purposes of sex selection.

But if Democrats are going to attempt to make the entire election about their opponents’ positions on abortion, shouldn’t those same Democrats be asked to meet the minimum standards of truthfulness when they debate them?

It’s not enough to say, “Well, let Bolduc and Leavitt run their own ads.” If that were enough, why would NHPR and The Concord Monitor call Trump or Republicans “liars?” Why not leave the 2020 election debate to the partisan political process, too?

The New Hampshire media have made these rules. What Republican and independent Granite Staters want to know is whether they will live by them when the questionable claims come from Democrats.