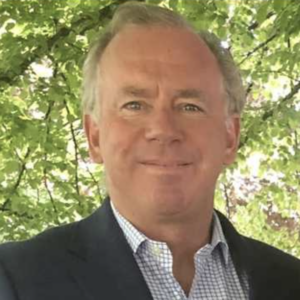 ANALYSIS: Corky’s Crazy Candidate Confab Is ‘All About the Binnie’

Since his unsuccessful U.S. Senate race last year, Corky Messner has impressed many Granite State Republicans by emerging as a voice of unity and anti-extremism. In a small state where many pols try to avoid stepping on toes, Messner has been outspoken about his belief the GOP needs to rally around its candidates and run away from the crazies.

Which is why so many NHGOP insiders told NHJournal they were stunned by news of Messner’s planned Senate candidate confab on Tuesday, a scheme that sounds straight-up nuts.

In a bizarre mash-up of “Mister Smith Goes to Washington” and “House of Cards,” Messner is arranging a backroom deal among the potential candidates, except he is doing it on the front page. Voters tend not to like political deals or the politicians who cut them. That’s why political parties invented smoke-filled back rooms in the first place.

Except, as several NHGOP insiders noted to NHJournal, Corky Messner doesn’t run a political party. His meeting isn’t sanctioned by the NHGOP, and he has no political favors to pass out. Chairman Steve Stepanek won’t be anywhere near the summit.

Disgraced former Congressman Frank Guinta, for one. His potential candidacy has yet to break out of the “friends and family” level of support. Businessman Bill Binnie will also be on hand. He’s the “$6 Million Dollar Man” of the 2010 election, who finished in third place, and with just 19,508 votes. That’s about what it takes to win a state Senate race in New Hampshire.

And Senate President Chuck Morse, who apparently lost a bet, or maybe promised to give Messner a ride home afterward.

Because why else would a successful politician and credible candidate show up at this “World’s Worst Episode of  ‘The Dating Game'”?

WMUR reports Morse will be in attendance, but don’t be surprised if he finds himself unavoidably detained.

Commissioner of Education Frank Edelblut and Londonderry Town Manager Kevin Smith won’t show on Tuesday. They’re serious about running for the U.S. Senate. And serious candidates don’t waste time going to meetings so other, less determined, candidates can try to talk them out of it.

“Anyone who shows up is saying ‘I’m not qualified to be the nominee,'” one longtime GOP strategist told NHJournal.

“Corky’s heart is in the right place, but his head is in la-la land,” added another Republican close to one of the potential candidates.

Listening to Messner plead his case on Jack Heath’s radio show Monday, it’s hard not to agree he wants to do the right thing.

Nobody disputes New Hampshire’s late-in-the-year September primary — only Delaware’s is later — gives incumbents like Sen. Maggie Hassan an edge. And Messner’s right that having the party rally around a single candidate would make it easier to raise money for the general election.

Where he’s wrong is believing he can talk competitive candidates into sitting out a race against the most vulnerable incumbent Democrat in the U.S. Senate. Asked by Heath if he really believes he can do that, Messner said, “I am hopeful it will happen,”

“I don’t think it’s a question of talking people out of it. It’s a question of people doing some intellectually honest self-reflection, and focusing on being a team player and doing what’s best for Granite Staters and for the country,” Messner said.

Who are these candidates who need “self-reflecting?” Messner didn’t even invite the one Republican already in the race, Gen. Don Bolduc. Is that because of Messner’s lingering personal animosity toward Bolduc from the 2020 primary? Or because he thinks Bolduc’s attacks on Gov. Chris Sununu as a “Chinese Communist sympathizer” and ally of terror-sponsoring Arabs put the general out on the fringe?

Either way, Bolduc isn’t likely to back out of the race — with or without an invite. Too many appearances on Steve Bannon’s webcast await.

So, who is the meeting for? To the political insiders who spoke to NHJournal off the record, it’s obvious: It’s all about the Binnie.

Is it a coincidence that Binnie made his big announcement to WMUR about a likely run the night before? Or that, as multiple sources have told NHJournal, the meeting is being held in Binnie’s Manchester office?

Word that Binnie has allegedly pledged to spend $25 million of his own money if the NHGOP will clear the field has spread through NHGOP circles. So have the jokes about whether that check would ever arrive in the campaign mail.

But there are some people in GOP politics who continue to insist that elections can be won with the brute force of cash spent on T.V. And it appears Messner is one of them. If you sincerely believe the rich guy always wins, helping him get rid of the competition makes sense. It’s also very possible D.C. Republicans are sending the same “Show Me The Money” message, too. (In no small part because they want to help spend it.)

But in the era of social media, the days of drowning your competition with cash are over. Hillary Clinton spent $450 million, more than twice what Trump spent, losing to him in 2016.

Whatever attributes Binnie has as a candidate, being the rich guy who tried to bully the rest of the field into not running is hardly a boost to your brand. “Who thinks ‘mean-spirited millionaire’ is the right candidate for this race?” one NHGOP insider asked.