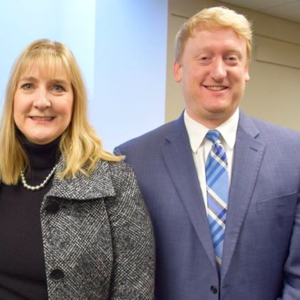 When Gov. Chris Sununu and GOP legislators agreed to tax-hike triggers in the 2019 state budget deal, it was in part because they believed the revenue targets were unlikely to be breached.

NHGOP lawmakers told NHJournal at the time that the revenue drop required to kick in higher business tax rates —  $150 million in tax collections — was unlikely. “The economy would have to s*** the bed for that to happen,” one Republican legislator said.

Thanks to the coronavirus shutdown, the bed has officially been s***.

Now Gov. Sununu and the GOP want Democrats to remove the tax-hike triggers they mandated in the budget deal, arguing that raising taxes on businesses already being hammered by the economic lockdown would be a major economic-policy mistake.

“If Democrats leave these tax hikes in place, it would be the most insane action they could take,” House GOP leader Rep. Dick Hinch told NHJournal. “There’s going to have to be legislation. Republicans have been talking about this for awhile.”

In 2019, Sununu vetoed the first budget passed on a party-line vote by the Democratic-controlled legislature over, among other things, increases in the state’s Business Profits Tax (BPT) and Business Enterprise Taxes (BET). Democrats eventually agreed to abandon their tax hikes, if Sununu agreed to a series of revenue triggers. The BPT would increase from 7.7 percent to 7.9 percent and the BET from 6 percent to 6.75 percent if revenues fell below 94 percent of projections.

Thanks to the COVID-19 crisis, that trigger is sure to be pulled. The question now is whether Democrats, who still control the legislature, will go back and amend the budget, or if they’ll allow their business tax hikes to take effect.

In a letter to the Business and Industry Association, Sununu wrote, “To punish employers with a tax increase at a time when many of them are hiring would be terrible public policy and harm our economic recovery. As such, when the legislature returns to Concord, I will call on them to repeal the business tax ‘triggers’ that were included in the state budget passed last year.”

During his COVID-19 presser on Thursday, Sununu announced he’s sending a letter to the legislature asking Democrats to change the law. “To have those tax increases move forward would be the absolute wrong approach. So we’ll be asking the legislature to revoke those immediately,” Sununu said.

He’s not likely to have the support of Senate Majority Leader Dan Feltes, who both advocated for the tax hikes and is one of two Democrats running in the primary for the chance to take on Sununu. His campaign sent out a press release Thursday claiming, “Governor Sununu went back on his word and called on the legislature to rewrite the bipartisan budget deal that they agreed to last session.”

The release also contained a statement from Sen. Feltes:

Feltes’ primary opponent, Executive Councilor Andru Volinsky, released a statement that has no mention of the budget or the business tax hikes, but does manage to work in a dig at Mitt Romney.

“Gov. Sununu’s announcement today on business taxes shows just how necessary it is to rethink New Hampshire’s revenue system as a whole. We’ve become too reliant on the current system of business taxes and property taxes as they currently stand. It’s time to think about reforming our property tax system so that people like Mitt Romney pay more, while working families in Claremont, Berlin and Rochester finally get the relief they desperately need.”

If New Hampshire businesses are counting on the Democratic majority to re-work the budget and repeal the tax hikes, they’re likely to be disappointed unless the political landscape changes.

“When the budget was written last year, no one foresaw an economic contraction of this scale. Tax-hike triggers were included in the budget on the theory that revenue might fall because of the tax cuts, not because of a global pandemic,” said the Josiah Bartlett Center’s Andrew Cline.

“The governor is right: Legislators should repeal the tax-hike triggers so the state doesn’t raise taxes on New Hampshire employers who are doing all they can just to stay in business and keep a skeleton staff employed. Businesses are already asking for tax relief because they’re struggling to survive under the current, lower rates. Raising those rates while the economy is devastated by a global pandemic would only cause more economic pain,” Cline said.