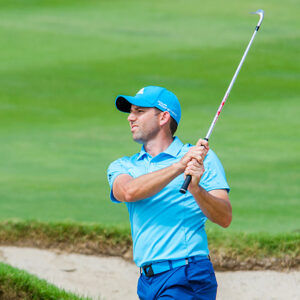 In a tersely worded memorandum notifying PGA Tour members of a ban imposed on 17 of its members, Tour Commissioner Jay Monahan included a clear warning to others thinking of following the lead of Phil Mickelson, the second-highest money maker on the Tour.

“As you know,” Monahan cautioned, “players listed below did not receive the necessary conflicting event and media rights releases–or did not apply for releases at all–and their participation in the Saudi Golf League/LIV Golf event is in violation of our Tournament Regulations. The same fate holds for any other players who participate in future Saudi Golf League events in violation of our regulations.”

For those old enough to remember, the Tour’s hard-nosed approach is reminiscent of the way Major League Baseball attacked Curt Flood for his challenge to baseball’s reserve clause after the St. Louis Cardinals tried to trade the three-time All-Star center fielder to the Philadelphia Phillies. Flood would never play professional baseball again, but his fight would help open the door six years later to free agency, first for players in Major League Baseball and soon for all other professional sports leagues.

The Justice Department has taken notice. On July 10 The Wall Street Journal reported it is investigating whether the PGA Tour engaged in anticompetitive behavior as it battles the LIV golf circuit.

As in the case of MLB’s battle against free agency, the 17 golf professionals are directly challenging a governing body whose special government status not only shields it from change but also affords it extraordinary control over the players it is supposed to support.

In the case of MLB, the reserve clause prevented players from freely contracting with teams other than the one that controlled each player’s contract. The PGA Tour’s approach has limited players’ ability to earn the highest value for their performance by creating a cartel-like structure, which has the added benefit of maintaining the Tours’ dominance over the game and competing golf associations in the United States.

As was the case with MLB’s reserve clause, it is not immediately clear that the Tour’s actions are consistent with the rules of the Internal Revenue Code for tax-exempt business leagues. To gain and maintain that exemption, the code requires activities of a league like the PGA Tour that is “devoted to improving business conditions of one or more lines of business” while showing “that the conditions of a particular trade or the interests of the community will be advanced.”

It is difficult to see how imposing cartel-like control over players’ ability to maximize their earnings either improves business conditions for golf or its touring professionals, let alone advances the interests of tour professionals.

Losing that exemption would carry a heavy price tag for the Tour. According to its IRS filing for 2020, the PGA Tour generated $57.3 million in net income on $1.2 billion in revenues. Its tax exemption thus saved the organization $12 million in federal taxes, at a standard 21 percent corporate tax rate. The Tour paid out $34 million for executive compensation, an increase of 56 percent over 2018.

The PGA Tour deals with many different golf associations, including separate organizations that govern golf’s Majors. The U.S. Golf Association, or USGA, governs the U.S. Open, while the Augusta National Golf Club oversees the Masters tournament every spring, and The Royal and Ancient Golf Club of St. Andrews governs the British Open, now called simply The Open. Beyond these, there are various competing tournament tours for international tours and lower-level professionals and amateurs in the U.S.

LIV Golf, however, is a different matter, especially for Monahan and the Tour. The league combines team and individual competition throughout its season, limits the size of its fields, and plays just 54 holes as opposed to the standard 72-hole format for PGA events. Its eight global events, including upcoming tournaments at Bedminster in New Jersey and Rich Harvest Farms near Chicago, do not cut players from finishing the events, and play begins with shotgun starts. The league offers purses triple those of average PGA events.

LIV’s roster now includes some of the game’s most popular golfers, including Dustin Johnson, who was the top-ranked golfer in the world in 2020 and finished tied for sixth at The Open in July; Brooks Koepka, who was ranked number one in 2019; Bryson DeChambeau, the 2020 U.S. Open champion; Sergio Garcia, winner of the Masters in 2017; Patrick Reed, the Masters champ in 2018; and Phil Mickelson, winner of six Majors and one of the most bankable players in the game.

The LIV 17 ran afoul of PGA Tour rules that strictly limit when and where players can play. For example, they can’t play in any tournament in North America that conflicts with one of the Tour’s events. The PGA also forbids sponsors from paying “appearance fees” to get big-name golfers to play in their tournaments. By restricting players, the Tour can offer smaller prizes. By denying appearance fees or any other kind of regular, guaranteed payment, the Tour and its tournament sponsors save tens of millions of dollars a year.

It is difficult how the PGA Tour’s actions meet the IRS test for working for the best interest of its business and its members. It seems a better approach for everyone would be to let LIV players play wherever they wish, and then market their successes and appearances when they arrive at PGA-governed events.

But if the Tour wishes to get into a rough-and-tumble battle with LIV, it might be time for the Tour to resign its 501(c)(6) designation. MLB gave up its tax exemption in 2007; It may be time for the PGA Tour to follow suit.