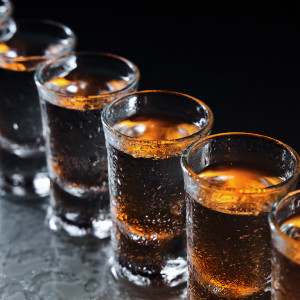 The poll came after the 2017-18 state budget doubled the amount of funding for the Alcohol Abuse Prevention and Treatment Fund, also known as the “Alcohol Fund.”  While the fund received an increase, the poll indicates public skepticism towards state funding for private substance abuse treatment. Advocates and legislators are already anticipating further discussions on the issue during the upcoming legislative session.

The Alcohol Fund was conceived in 2000 after the passage of SB 153, which created a non-lapsing fund to receive appropriations from five percent of state liquor sales. Those funds are used to support alcohol education, substance abuse treatment, and prevention efforts.

The fund has not been fully appropriated since the 2003-04 biennial.

Over the past 13 years, the state government has frequently suspended funding to the Alcohol Fund, instead allocating its intended appropriations to the General Fund. As a result, the fund has routinely lacked the legally mandated five percent of appropriations to combat alcohol and substance abuse addiction.

During the same period of time, state liquor sales have increased steadily. In 2000, when the Alcohol Fund was created, gross alcohol sales for the fiscal year totalled $293 million. In recent years, sales jumped from $517 million in 2010 to $678 million in 2016.

Advocates for adequate appropriations for the Alcohol Fund have pushed the state government to set aside funds to ensure addiction treatment services remain available.

In June of 2016, Democratic Gov. Maggie Hassan signed SB 533 into law, the first supplemental bill to the Alcohol Fund, which added $2.5 million in funds for alcohol and substance abuse treatment. Republican Gov. Chris Sununu stated in his 2017 Budget Address his intention to increase funding to the Alcohol Fund from 1.7 percent to 3.4 percent, a boost of $3 million.

In February, Sen. Jay Kahn, D-Keene City, introduced SB 196, which aimed to restore the mandated five percent appropriations for the 2017-18 biennium. The bill, which would provide an additional $6.4 million to the Alcohol Fund, never received a vote.

In March, the House Finance Committee voted to repeal the Alcohol Fund and fold it into the General Fund. During budget negotiations, Sununu secured 3.4 percent funding for the next two years.

Hannon countered the argument that the Alcohol Fund should fold into the General Fund by saying it becomes a fight every two years for appropriations, none of which are guaranteed. He added while the liquor sales profits are used to fund schools and infrastructure, the state has continued the expansion of alcohol outlets.

“It goes to the problem of what happens when the state makes money on selling legal drugs,” Hannon said. “If they’re benefitting from the sale of it, do they have a vested interest in making sure people don’t use it as much? It’s almost a twisted relationship that the state now has selling alcohol. It shouldn’t be that hard to say, ‘Look, we’re contributing to the usage. We should take some of that and use it for prevention treatment and recovery services.’”

Hannon said addressing concerns by critics of continually funding the Alcohol Fund is the most constructive way to ensure the program’s viability. He said while the LFDA poll indicated a public hesitation with spending state money on treatment options, it serves as a precautionary measure. Hannon noted New Hampshire has lost billions of dollars due to substance abuse addiction.

During his time in the legislature, Hannon pushed for a constitutional amendment for the Alcohol Fund, similar to the one that utilizes Keno profits to fund full-day kindergarten. Due to the focus of legislative business, however, the proposal did not receive a vote.