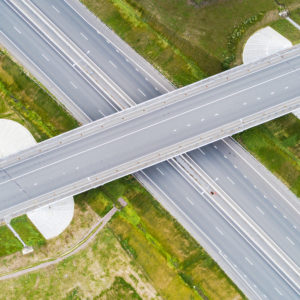 The House Committee on Transportation and Infrastructure just approved a half-a-trillion dollar infrastructure bill which represents the opening salvo by Democrats to jam through a partisan public works bill. This deeply flawed legislation, supported by T&I Committee member Rep. Chris Pappas (D-N.H.) is more of the big government spending and regulation that has become a staple of the Biden administration. Instead of more federal money and job-crushing rules, committee members should reject this legislation and work on a fiscally responsible bipartisan infrastructure bill.

The legislation passed by the committee is the “Invest in America Act,” which proposes to spend $547 billion over a period of five years on many transportation programs that are soon set to expire. It’s misleading to call it an “investment” though; it’s more of an IOU by our nation’s future taxpayers since nearly all of the spending is going on the metaphorical credit card. All debt needs to be repaid at some point down the road, either through higher tax rates or cuts to government services. Plus, if the committee follows the same playbook as last year, it’s likely the final price tag could hit $1.5 trillion once it reaches the House floor.

A lot of people would agree our infrastructure can use some upgrades, particularly to our roads, bridges, and tunnels. It’s also why nearly every single modern president has pursued an infrastructure bill; it’s good politics and creates jobs. Additionally, outdated infrastructure can be a safety hazard for drivers and passengers and also hampers the ability of American businesses to remain competitive in a globalized world. So Congress should take action on infrastructure, but it must do so in a way that reforms inefficient government practices and protects taxpayers from wasteful spending.

The best way to revitalize the United States’s infrastructure isn’t just spending taxpayer dollars for the sake of spending money, but to make better use of what we already spend. In fact, the biggest impediment to actually building things in America isn’t a lack of public or private investment dollars, but rather bureaucratic permitting requirements, environmental assessments, and expensive regulations that delay projects and increase their overall cost. That’s why Congress should focus on reforming environmental rules, procurement practices, labor standards, and permitting.

Unfortunately, Democrats on the committee want to ignore this reality, which is why their legislation contains virtually no improvements to the National Environmental Policy Act, Project Labor Agreements, or competitive bidding. For some strange reason, it even doubles down on more job-crushing regulations and expensive “Buy America” policies which harm taxpayers because they require most federally-funded transportation projects to use expensive materials when there are more affordable alternatives available. Furthermore, freight rail would be saddled with minimum crew size and maximum train length requirements, and a ban on the transport of most liquefied natural gas. With the COVID-19 economic recovery proceeding at a tenuous pace, it makes little economic sense to further burden American businesses.

Worse, the $550 billion bill contains authorizations for billions of dollars on pork-barrel earmarks, now rebranded as “member-designated projects” and Green New Deal-style policies. Most notably, it authorizes billions in spending on “green” initiatives such as subsidies for electric-vehicle charging stations, handouts to states for reducing carbon emissions, mass transit, and increased funding for walking and bicycling. The INVEST In America also dumps $32 billion into the failing government-owned rail company, Amtrak, which hasn’t had a profitable year since it began serving passengers fifty years ago. Of course, this is a no-strings-attached bailout with no substantial reforms to get Amtrak on the track to profitability.

Democrats would be wise to adopt many reforms proposed by Republicans to actually help businesses build in America again. Proposals such as the BUILDER Act or the STARTER Act, both of which would streamline regulatory hurdles and make infrastructure projects more efficient, are great starting points for negotiations. Unfortunately, it’s likely Democrats are going to steamroll this bill without much substantive Republican buy-in. This is a shame because infrastructure can and should be bipartisan, yet Democrats seem intent on going at it alone.

Thomas Aiello is Director of Federal Affairs for National Taxpayers Union. He wrote this for InsideSources.com.