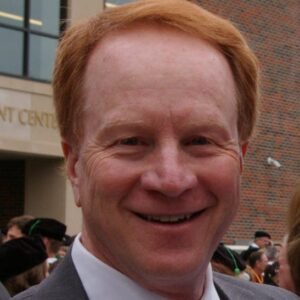 The New Hampshire Attorney General’s Office has released a scathing letter to Bedford town officials, refuting claims that the mishandling of 190 uncounted ballots was kept secret at its behest.

On Saturday, an exclusive NHJournal report revealed Bedford town officials were sending a letter to the 190 voters whose November 2020 election absentee ballots had been misplaced. They weren’t discovered until the Friday after the election, sources told NHJournal.

According to the letter, signed by Town Clerk Sally Kellar and Town Moderator William Klein, town election officials “were advised to keep these ballots secure, and to await further instructions before taking any further action.”

“The following week, we were informed that the matter had been referred to the New Hampshire Attorney General’s Office for investigation. The attorney general requested some information from us and we submitted it on November 19, 2020. We were told not to discuss this with anyone, not even the Town Council, because it was a pending investigation,” town officials claimed.

“Our Office learned of your October 28 letter concerning uncounted absentee ballots through [NHJournal’s coverage] on Saturday, October 30. We are concerned, in particular, by three statements in your letter: 1) that the Attorney General’s Office instructed you not to tell anyone, including the Bedford Town Council, about the 190 uncounted absentee ballots; 2) that you made numerous attempts to obtain a resolution from our Office; and 3) that our October 21 closure letter was essentially the first explanation from us as to the necessary remediation plan.

“These statements are inaccurate,” Edwards wrote.

While town officials insist they were kept silent by the state, Edwards says it was the Attorney General’s Office that pressured Kellar and Klein into making the information public. Repeated delays were a direct result of town officials’ inaction, they said.

According to Edwards, the Attorney General’s Office didn’t act on the Bedford issue sooner because it was bogged down with the audit in Windham. “The attorney general’s staff interviewed Bedford election officials in July 2021, and had follow-up conversations with Bedford election officials, during August and September, about the need to provide notification to the 190 voters that their absentee ballots had not been counted during the 2020 general election.

“Bedford election officials raised concerns with this notification and asked not to notify voters,” Edwards said. According to the letter, the attorney general repeatedly insisted to town officials that disenfranchised voters had to be contacted. The attorney general’s resolution letter was also delayed by the September 8, 2021 special election. “Our goal was to avoid confusion,” Edwards said.

As a result, the attorney general’s investigation conclusion letter wasn’t released until September 21.

The question many Bedford voters have asked is why did state and local officials allow the state Senate recount to occur on November 10th without revealing the existence of the uncounted ballots?

Town officials say they were told to remain silent. The Attorney General’s Office says that’s not true, and, as Edwards told NHJournal Monday afternoon, “we didn’t learn of the existence of the ballots until November 16,” nearly a week after the recount.

Not that it would have mattered, Edwards added. “Under the New Hampshire constitution, all ballots must be counted on Election Day. It doesn’t allow for early counting or the counting of late-arriving ballots. And because the ballots weren’t included in the Election Day total, they couldn’t be considered in a recount,” Edwards said.

So, did the Bedford town clerk and town manager lie to the voters in their October 28 letter?

“I would never say that an elected official lied,” Edwards said. “We felt it was important to issue a clarification because we were concerned about the accuracy of some of the statements.”

Calls to the Bedford town moderator were unanswered.

According to a spokesperson, Gov. Chris Sununu didn’t learn of the ballot issue until last Friday, and he immediately contacted the Attorney General’s Office.

“If it’s true the clerk and moderator weren’t told to keep this quiet and chose to, then they should be removed from office,” said Bedford state Sen. Denise Ricciardi, whose 2020 race was the subject of a recount. “They’re elected officials. But if this is true, I doubt they will be for long.”

“The recent reports that the town of Bedford has 190 absentee ballots that were uncounted in the general election is extremely concerning. It is also very troubling that it took almost a full year for this information to reach residents whose votes were not counted.

“New Hampshire prides itself on election integrity, and it is imperative that all Granite Staters remain confident in the election process.  This issue must be fully investigated in a transparent manner as soon as possible.  We want to know what happened and why this information was concealed for so long. We must ensure that all votes are counted.”