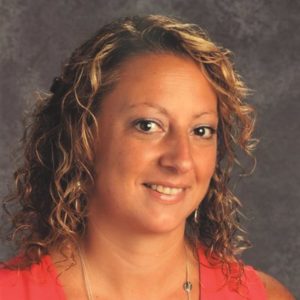 After months of demanding educators go to the front of the vaccination line, New Hampshire’s teachers’ unions are now rejecting calls for vaccine mandates to help protect students from COVID-19.

As parents get ready to send their children back to school, and the more contagious delta variant of the virus gains steam, the NEA-NH refuses to back any requirement that teachers be vaccinated before entering classrooms this fall.

NEA-NH representatives did not respond to multiple requests for comment this week, but president Meg Tuttle said in a June statement that the union, which represents 17,000 teachers in the state, will oppose vaccine mandates.

“NEA New Hampshire has always advocated for vaccinations to be available, but it really is being left up to the educator or the parents of the child to decide whether they want to get the vaccination or not,” Tuttle told WMUR.

But six months ago, Tuttle was attacking Gov. Chris Sununu for refusing to put young, healthy teachers in line for vaccines ahead of the elderly and vulnerable. Tuttle also suggested that full vaccination was a requirement before students could return to the classroom.

“Educators should be vaccinated before the schools can reopen safely,” Tuttle said in January.

The NEA-NH’s new position mirrors the national organization’s, which is also trying to thread the needle between favoring vaccines while opposing mandates. NEA President Becky Pringle said the union backs all known methods to halt the spread of the virus, short of vaccine requirement.

“We’ve always supported vaccinations, we’ve always recommended following the CDC guidelines. And educators must play an active role in developing any vaccine policy in schools, colleges, and universities, including through collective bargaining where that takes place. But there are often complex medical issues at play, and we don’t presume to understand them all,” Pringle said.

Ironically, teachers are protected from being ordered by their local school boards to get vaccinated thanks to a new “medical freedom” law passed by the GOP-controlled legislature and signed by Republican Gov. Sununu The new law prohibits vaccine requirements for access to public facilities, benefits, or government employment, and is supported by Commissioner of Education Frank Edelblut.

Sen. Tom Sherman, D-Rye, who is also an M.D., opposed the bill. He said teachers and Sununu are in agreement that vaccines should not be mandated. The state’s current guidance on schools leaves much of the decisions on masking, remote learning, and social distancing up to the individual school districts.

“This makes the question kind of moot,” Sherman said. “You can’t force this on anybody, the NEA’s position is supported by the commissioner.”

Several New Hampshire Democrats told NHJournal they support vaccine mandates for teachers, and for the healthy adult population as a whole. “Before children can be enrolled in schools, they must be vaccinated. It should be the same for adults,” said Rep. Majorie Smith (D-Durham) “It’s the same principle.”

Students in New Hampshire are already required to get several different vaccines in order to attend school, like the mumps, measles, and rubella vaccine, polio, hepatitis, and diphtheria. However, the COVID-19 vaccines have not been approved yet for children under the age of 12, and the vaccines are not yet fully approved for adults. Pfizer-BioNTech and Moderna COVID-19 vaccines have been approved through an Emergency Use Authorization, though both vaccines are expected to be fully approved in the coming months.

According to recommendations from the New Hampshire Attorney General’s Office, private employers may require vaccines for employees, though that is not recommended. That’s in part because of the Emergency Use Authorization status of the vaccines. If they become fully authorized, as expected, that could change and they could be required, according to the Attorney General’s guidance.