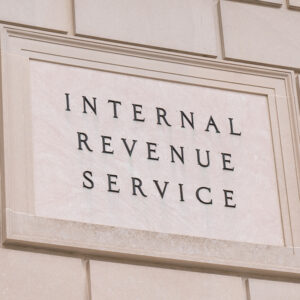 On Saturday, the U.S. Senate voted to spend $80 billion to hire 87,000 new IRS agents, with the specific goal of collecting an additional $200 billion from taxpayers.

On Monday, FBI agents executed an unprecedented raid on the home of the Biden administration’s biggest enemy.

“If you think the federal government is out of control now, God help us when they get 87,000 new IRS agents who are looking under every rock and stone to get money out of your pocket,” said Sen. Lindsey Graham (R-S.C.)

Here in New Hampshire, veteran GOP communications professional Patrick Hynes tweeted, “Replace ‘FBI’ with ‘IRS’ and replace ‘Trump’ with ‘Trump voters’ and you get the gist of the reconciliation bill and those 87,000 new enforcement agents.”

Democrats dismiss the comparison as ridiculous. Some have even stepped up to defend the increase in taxpayer audits, arguing that Republican opponents are defending tax cheats. But given the unpopularity of the IRS and the GOP outrage over the FBI’s unprecedented treatment of former President Donald Trump, it’s a political message that could resonate.

On Tuesday, White House spokesperson Karine Jean-Pierre stated flatly that there would not be any audits from these 87,000 new agents targeting taxpayers earning less than $400,000 a year. “No. Very clear. No,” she said.

The nonpartisan watchdog the Joint Committee on Taxation estimates the vast majority of the $200 billion in new revenue from audits will come from small businesses making less than $200,000 annually.

Sens. Maggie Hassan and Jeanne Shaheen have already voted for the $740 billion reconciliation bill with the IRS audit revenue targets. They also voted against Sen. Ted Cruz’s measure to strike the $80 billion to hire new IRS agents and an amendment by Sen. Rick Scott to prioritize hiring Border Patrol agents over IRS auditors.

But that was before the FBI raid raised the political temperature. Reps. Annie Kuster and Chris Pappas, both in re-election bids rated toss-ups by the nonpartisan Cook Political Report, are on schedule to vote for the IRS funding this weekend. Both have pledged to remain loyal to their parties — hardly unusual for two left-leaning members who vote with Speaker Nancy Pelosi around 99 percent of the time. But with the election just 90 days away, this vote could hurt.

Voting for any massive spending plan amid the current inflation crunch is a political risk, and this vote will bring Kuster and Pappas’ spending vote total to around $9 trillion just since Biden took office (They voted for the $5 trillion Build Back Better plan — twice — though it never got through the Senate.)

But the so-called “Inflation Reduction Act” is paid for in part with revenue expected to be collected from taxpayers via the increased IRS audits. That is politically stickier given voters’ attitudes toward the IRS.

Last year, public backlash forced Democrats to drop a plan to have banks report customer transaction information to the IRS once an account hit $600 in total activity. That plan did not involve any new tax collections.

And then there is the IRS’s damaged reputation after being caught targeting political conservatives during the lead-up to the 2012 presidential election. The Obama IRS official who admitted the agency’s misbehavior, Lois Lerner,  was allowed to retire with a full pension and the agency later destroyed materials related to the scandal that were under subpoena.

Also last year, the leftwing news site Pro Publica reported details from what it described as a “trove” of private tax returns it had obtained of some of America’s wealthiest citizens — 15 years worth. Leaking those private, personal documents is a felony, yet tens of thousands of pages were delivered to the liberal media.

Kuster declined to respond to repeated requests for comment from NHJournal, but on Monday she tweeted that she plans to vote for the reconciliation bill. “This week I’ll vote for the Inflation Reduction Act to Reduce the deficit & ensure wealthy corporations pay their fair share in taxes.”

Pappas also refused to answer questions about his support for the bill, and there are few mentions of the legislation on his social media. But it does appear he is a “yes” vote, too.

“Chris Pappas and Annie Kuster previously expressed concern over paying for Biden’s agenda by having the IRS shake down the middle class,” the National Republican Congressional Committee said in a statement.

“Will they oppose this bill, or vote with Biden to create a new IRS army?”