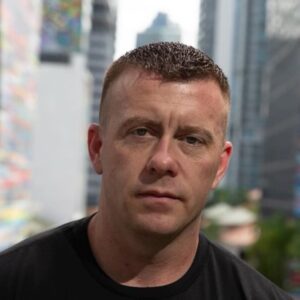 But the show of support for the left-leaning media outlet comes as major evidence used to report the story is in doubt, according to court records filed in the case.

Spofford is suing the broadcaster claiming he was defamed by a series of stories alleging he sexually harassed women at the addiction recovery centers he founded. In one of the more damning portions of the story, one of the alleged victims said Spofford sent her lewd text messages and a photo of his penis.

But Spofford claimed in a recent court filing that NHPR reporter Lauren Chooljian never saw the alleged photo before she reported that it had been sent to the victim.

“Chooljian did not see the picture on which Elizabeth’s claim is based (because it never existed,)” the filing states.

The New Hampshire ACLU, along with the New England First Amendment Coalition, the Union Leader, the Keene Sentinel, Caledonian Record, and the Laconia Daily Sun filed a brief in the Rockingham Superior Court last month to intervene on behalf of NHPR. The outlets and civil rights groups joining the case have received little media attention, and even the typically PR-savvy ACLU has yet to announce its involvement through a press release on its website.

The timing of the ACLU’s amicus filing came as Spofford’s legal team called into doubt the foundation of NHPR’s reporting. Spofford’s attorney, Michael Strauss, wrote in a court motion that one key witness used by Chooljian was Spofford’s aggrieved ex, Amy Anagnost.

“Eric has uncovered that Amy both supplied her own false claims about him to (NHPR reporter Lauren) Chooljian and served as a source clearinghouse for Chooljian as she investigated and wrote the Article and Podcast. The NHPR defendants relied on Amy and the sources she cherry-picked for Chooljian, despite her obvious unreliability (after years of long-term recovery from alcoholism and addiction, she has relapsed, and that relapse occurred at or around when she started as a source for the NHPR defendants) and notwithstanding her known and unmistakable bias against and ill-will toward Eric as reflected in publicly available records,” Strauss wrote.

According to Strauss’ motion, Anagnost engaged in an effort to defame Spofford in order to gain the upper hand in family court hearings dealing with the shared custody of their son.

“A recent court filing by Amy’s soon-to-be ex-husband, Alex Anagnost, confirms that Amy ‘fed questionable information about her relationship with Eric to’ Chooljian for inclusion in the article and podcast, which Amy then used against Eric to alienate him from their son and as a weapon in their parenting dispute,” Strauss writes.

NHPR denied Anagnost was one of the sources for its reporting.