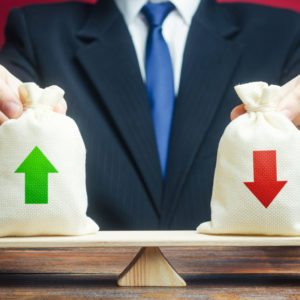 ABRAMI: The Case for Slow Implementation of Single Sales Factor

Posted to Politics February 11, 2021 by NHJOpinion

As Vice-Chair of the House Ways and Means Committee (HW&MC) and a member of that committee for eleven years, I have a unique perspective on state revenue streams. One of the more interesting, but at times confusing topic is the issue of apportionment of business taxes of companies that do business in multiple states.  That is, what portion of profits can be taxed by each state.

Years ago, this question was a straight forward and logical. All states apportioned a third to the state that sales occurred, a third where tangible property was located, and a third of the payroll where staff were located. With time, states started to manipulate this formula to maximize the revenue to their state.  Even New Hampshire moved to a double sales factor model, reducing the impact of the tangle property and staff location parts of the formula. The Federal Government has refused to step in to promulgate a unified approach. As a result, some businesses have tax obligations above a base calculated by  NH tax law, and some businesses below the base because of the mix of the states they work in and the business income tax laws in those states.

To complicate matters,  the issue of service companies providing services to customers in other states but with staff based in NH reared its head about four years ago. NH was a “cost of performance” state then, meaning where the service is performed gets the tax benefit. However, states around us started implementing “market-based source,” meaning where the benefit is received gets the tax benefit.  The example that prompted NH to form a Commission to study “market-based sourcing” was a food broker, let’s say, buying turkeys in the Carolinas and selling them to grocery chains in Maine (shipped directly to Maine).  In this example, under NH law, the service was being performed in NH, so the broker was obligated to pay NH business tax. Unknow to this broker, Maine changed its laws to become a “market-based sourcing state,” meaning the broker was also obligated to pay tax a second time to Maine because that is where the benefit of the service was received. Yes, being taxed twice.

The Apportionment Commission, made up of legislators (including myself) from the House and Senate as well as some of NH’s best tax experts and the Commissioner of the Department of Revenue Administration (DRA), among others, met for a year and a half. We concluded a move forward with “market-based sourcing” should occur. The Commission also examined the concept of a “single sales factor” but did not endorse moving forward because of the lack of data to understand the impact of this major tax change. We were aware that the DRA was implementing a new computer system in the coming years that would be able to generate valuable back-end data.

“Market-based sourcing” moved through the House and Senate in normal order, with hearings in both bodies and votes in both chambers. “Market-based sourcing” is now in effect for taxable periods ending on or after December 31, 2021. The good news is that NH service businesses who were being double-taxed will no longer be. This means all NH service businesses doing work benefiting customers in other states will no longer be taxed by NH. The challenge to all of this is that the DRA must find all those businesses based in other states providing services to customers in NH and thus benefit. This must occur to make up for this lost revenue by taxing those out of state service businesses. Some of these out of state businesses will be alerted to NH’s tax law change by their tax accountants. The only concern in the HW&MC is that not all will file a tax return, meaning that DRA must find these companies in other states that should now be filing but are not.

Over the last several years, more and more states have moved to the “single sales factor.” This means that the apportionment of business profits is based upon the state in which sales occurs. In this apportionment model, the state in which tangible property and staff are located no longer matters.  With this, if a NH company manufactures in NH but sells not only in NH but in many other states, it is the state in which the sales occurs that gets credit in this formula. So if a NH company sells their product 30% in NH and 70% in other states, NH only can tax 30% of the profits. If other states selling goods to NH “are single sales factor” states, then  NH will be able to tax a company selling to NH on the portion of its sales that are to customers in NH.

Without hearings in the HW&MC, the Senate inserted “single sales factor” apportionment into HB4, which was the trailer budget bill of the compromise budget that passed in September 2019 after the Governor vetoed the original budget. To placate the House also in HB4 was a provision that there would be an Apportionment Committee made up of four House members and three Senators. This joint committee was to meet twice to monitor the progress of “market based-sourcing” and vote in November 2020 whether to rescind the statute that says “single sales factor” will be in effect for taxable periods ending on or after December 31, 2022. The HW&MC was told by counsel that this was constitutional. After Covid hit, no meetings occurred, and in November 2020, the same Council informed the joint committee that the rescinding clause was not constitutional, so no vote was taken. As a result, a single sales factor is now state law.

I run for office for three major reasons: to keep our tax rates as low as possible, prevent any broad-based tax, and support our businesses so they can prosper, thus creating good-paying jobs. This needs to be balanced by the need to raise enough revenues to support essential services functioning in an effective and efficient manner. The HW&MC feels NH is on a cliff about to jump in the ocean, not knowing if there are rocks just below the surface. If we jump into “single sales factor” as a state without the needed information, we may do significant harm to the financial health of our state.

Yes, we understand that many States have moved in this direction and that there may come a time when we may have no choice but to jump. That is why HB281 just moves the date of implementation out and does not call for the rescinding of this apportionment approach. HB281 does not increase or lower any business’ tax obligations; it just keeps them the same as this year for a while longer.

Patrick Abrami is the Vice-Chair of the House Ways and Means Committee from Stratham.