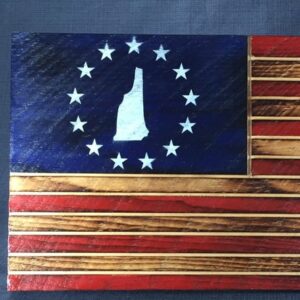 Is this a N.H. hate crime?
[IS] Opinions

DORNAUER: A Year Into COVID, New Hampshire Is a Microcosm of America

Posted to Politics April 04, 2021 by NHJOpinion

Americans want life to return to normal.  They’re just not sure how (and when) to take the next steps.  And it’s not their fault.

A recent poll conducted by the University of New Hampshire Survey Center found Granite State residents are comfortable dining at a restaurant and visiting a barber or salon, but stop short of indulging in bars, gyms, and sporting events. These sentiments are largely shared nationwide. But in a state whose motto is “Live free or die,” Granite Staters tend to be a little more adventurous than the national average. Eighty-one percent of New Hampshirites feel comfortable dining at a restaurant (while seated outside), and 75 percent feel comfortable going to a barber or hair salon. Yet only one-third felt comfortable going to a movie theater or sitting in a college or professional athletic stadium. A University of Maryland and Washington Post survey found similar sentiments nationally.

But in welcome news to the local economy, many Granite Staters hope to visit more parks, museums, and hotels once the pandemic is over. Additionally, over half of New Hampshirites plan to spend most or all of their stimulus checks, particularly those with household incomes below $100,000. This is important because it is a majority of the state (the U.S. Census Bureau estimates New Hampshire’s median income to be around $76,768).

The most bipartisan agreement emerged among families sharing similar economic backgrounds. Seven in ten households with incomes below $45,000 intended to spend all or most of their stimulus checks.  Six in ten households with incomes between $45,000 to $74,999 and $75,000 to $99,999 intend to do the same. For families with incomes between $100,000 to $149,999, only one in three intended to spend their checks. For families making over $150,000, that number dropped to one-in-four. Interestingly, Democrats (58 percent), independents (51 percent), and Republicans (48 percent) looked to spend their stimulus checks in near equal amounts. Politics divide public opinion, but economics unites public spending.

A Lack of Bipartisan Trust in the Experts

Throughout the pandemic, the public was barraged with conflicting information about the use of masks, acceptable forms of social distancing and public demonstration, the threshold for herd immunity, and (now) the duration of antibody resistance following each vaccine. Opportunists–on both sides–sowed division to advance an agenda and (often) promote their individual brand. Look no further than the disparate coverage of events while flipping between MSNBC, Fox News, and CNN. In a way, COVID-19 became a microcosm of our hyperpolarized – and balkanized–body politic.

The Granite State Panel reflects this polarized reality in New England’s most contested battleground state. In March 2020, only eight percent of New Hampshirites didn’t trust scientific agencies (e.g., the Centers for Disease Control) as sources of information on COVID-19.  By March 2021, that number climbed to 31 percent. Even more troubling was the divide in scientific trust based on party identification. In March 2020, 84 percent of Democrats, 74 percent of Republicans, and 55 percent of independents placed their trust in science agencies regarding COVID-19. By March 2021, those numbers rose to 95 percent for Democrats but bottomed out at 20 percent for Republicans and 44 percent for independents. Overall, 77 percent of Granite Staters trusted science agencies at the start of the pandemic but only 56 percent a year later. Academic and federal experts need to pay attention to this growing divide if they want to promote policies followed by all.

The truth is the science of COVID-19 is complicated. As Stanford researcher John Ioannidis noted: “Doubt is a cardinal virtue of the sciences, which advances through skeptics willing to question the experts.” But Ioannidis also recognized the double-edged sword of too much unscientific doubt when it comes to public health. He understood how this doubt could be “disastrous in public health, where lives depend on people’s willingness to trust those same experts.” Indeed, Dr. Ioannidis is right.

The public health community faces a crisis of trust among many Americans. In particular, it will struggle to win back conservatives. That lack of bipartisan trust has “muddied the waters” for many Americans unsure of what to do or how to live in a post-vaccinated world safely. The months of fear-mongering (on the left) and performative outrage (on the right) have left many Americans wondering: “will life ever go back to normal?”

It might.  But as seen in the data, it will take time.

Mark E. Dornauer is a visiting fellow in health care at the Foundation for Research on Equal Opportunity.