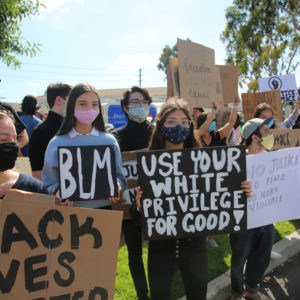 ‘A Slap In the Face:’ NH BLM Activists Call Out No-Show Politicians

New Hampshire Democrats who until recently were boasting about their Black Lives Matter bona fides were no-shows at a major #BLM event in Concord this weekend, yet another sign that candidates are re-thinking their political calculations as the election approaches.

Jordan Thompson, an organizer with Black Lives Matter Nashua, told NHPR the lack of any elected officials at Friday evening’s protest was “a slap in the face” to the movement and its organizers. During his speech to the 200 or so people gathered at the steps of the New Hampshire Supreme Court, Thompson said, “This [Black Lives Matter] is an issue that transcends party lines. There are elected officials in the Democratic party who are beholden to law enforcement, that are afraid of real change.”

This view is in line with reporting by NHJournal that New Hampshire Democrats running for office are assuring BLM leaders privately of their support for the cause but won’t say so publicly because they’re in “tight races.” Only three current officeholders showed up for a #BLM Seacoast event a week ago, and one of them refused to sign the organization’s list of policy demands.

Where have all the politicians gone? Good question. Just a few months ago, Republican Gov. Chris Sununu was one of the many elected officials announcing his support for Black Lives Matter. At the height of the COVID-19 pandemic, he urged Granite Staters to violate his own stay-at-home order to participate in rallies with hundreds of people.

Today, few New Hampshire candidates appear willing to embrace the policy proposals pushed by the state’s BLM organizations. Those include a ban on school resource police officers, requiring police officers to be personally liable for any lawsuits filed against them, and monitoring their personal social media for problematic posting.

Perhaps these politicians have watched Democratic candidate for governor state Sen. Dan Feltes struggle with these issues. Feltes publicly embraced a set of BLM demands from the Nashua and Manchester chapters in June calling on politicians to (among other things) “take specific steps to reverse the disproportionate incarceration of Black and brown people in New Hampshire within your first 300 days as Governor.”

When asked by WMUR’s Adam Sexton, “Can you give the public a sense of how many inmates you expect to release?” Feltes had no answer. Instead, he talked about sentencing reform and changing how people convicted of crimes in the future would be treated. That’s not what BLM is demanding.

And at Friday’s rally, BLM Manchester activist Ronelle Tshiela, who served on Gov. Chris Sununu’s Commission on Law Enforcement Accountability, Community, and Transparency, told the crowd the commission was unwilling to deal with the contentious issue of qualified immunity. Ending it, as BLM is demanding, would strip police officers of protections that keep them from being sued personally for actions on the job.

If Granite Staters are “not innocent” of racism and live in a state that is, as BLM, Feltes and other Democrats insist, “systemically racist,” then Granite Staters themselves must be racists. Whether or not it’s true, smearing voters “racists” is a problematic political strategy at best.

Add unpopular policy proposals like releasing criminals from prison early and banning resource officers from schools, and it’s hardly a surprise that politicians are no-shows. And polls show Americans are less supportive of the BLM movement as a whole than they were just a few months ago.

The poll from The Associated Press-NORC Center for Public Affairs Research finds that 44 percent of Americans disapprove of protests in response to police violence against Black Americans, while 39 approve. In June, 54 percent approved. Pew found this shift is pronounced among white Americans. Just 35 percent approve of the protests now, while 50 percent disapprove. In June, those numbers were almost reversed.

A new Pew Survey Research poll taken around the same time also found support for BLM among white people had fallen 15 points in just a few weeks, from 60 percent approval to 45 percent.